Yesterday saw a visit to Norwich for some last minute Christmas shopping. It also provided the opportunity for some more pictures!

The first picture is that of Simonds Volvo B10M SLK886 on St Stephen's Street. This vehicle has had many previous guises including K289GDT and A9HRR 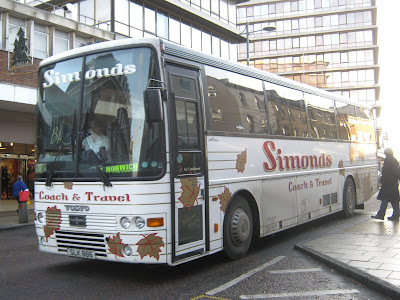 Coach Services Scania YN04YJA followed closely behind displaying 'CS66 Stanton' on its destination screen. Apologies for the poor quality photo - I will get the sun moved next time! 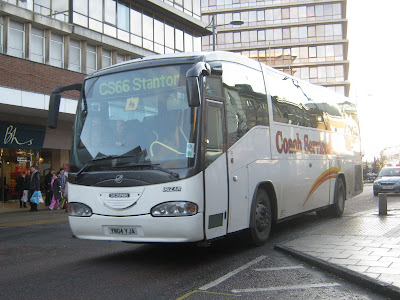 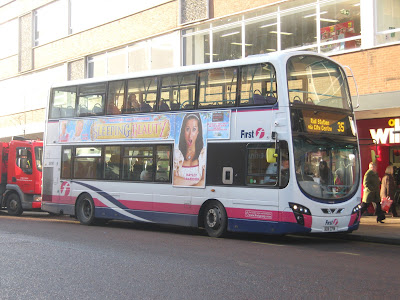 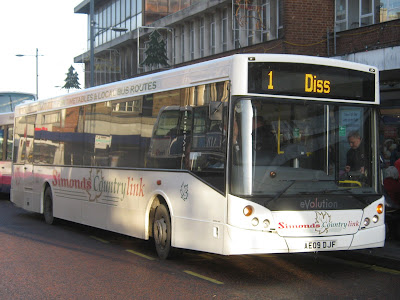 Anglian's new Scanias also had a presence on St Stephen's Street with 439 (AN61LAN) prepared to head off to Bungay on the 588. 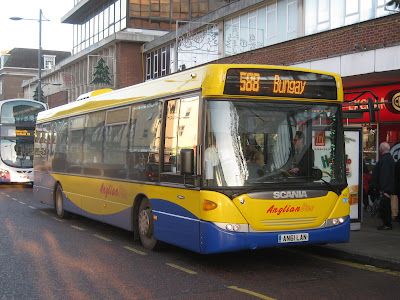 With all my shopping and business completed it was time to head for home. There was, however, a surprise to come. Having tried to get a picture of Anglian's on hire gas bus without success during the past fortnight (especially on the 601s last week!), I stumbled across it whilst it was waiting in the queue of vehicles at the lights in Surrey Street. A dash across the other side of the road enabled me to get the reasonable picture. 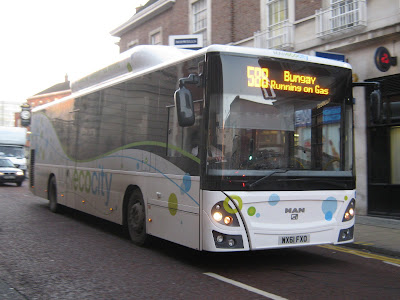 Anglianbus loanee WX61WFO at Surrey Street heading for Bungay 'running on gas'!
Posted by eastnorfolkbus at 10:23