Regular contributor Grahame Bessey spent a few hours in a chilly Norwich on Monday to catch up on recent developments. 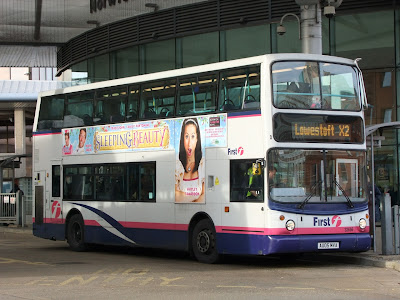 Also present at there was Chenery's Volvo B9 FJ11MKC awaiting its next duty; the 490 London service. 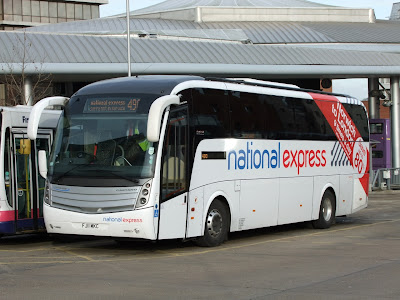 Konect was seen using one of its Merceded Benz Citaros on the 604 Costessey Park and Ride. BD57WCZ was still sporting its London red colour scheme. 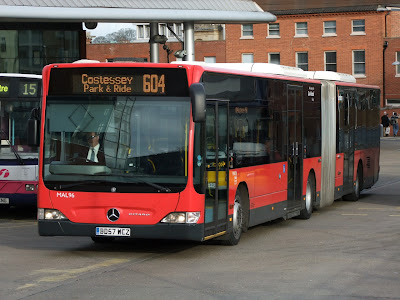 Two of Anglian's new Scanias (﻿AN61BUS and AN61AVK) were being employed on the 123 route between Norwich and Wroxham.
My thanks go to Grahame for the report and pictures
Posted by eastnorfolkbus at 11:00