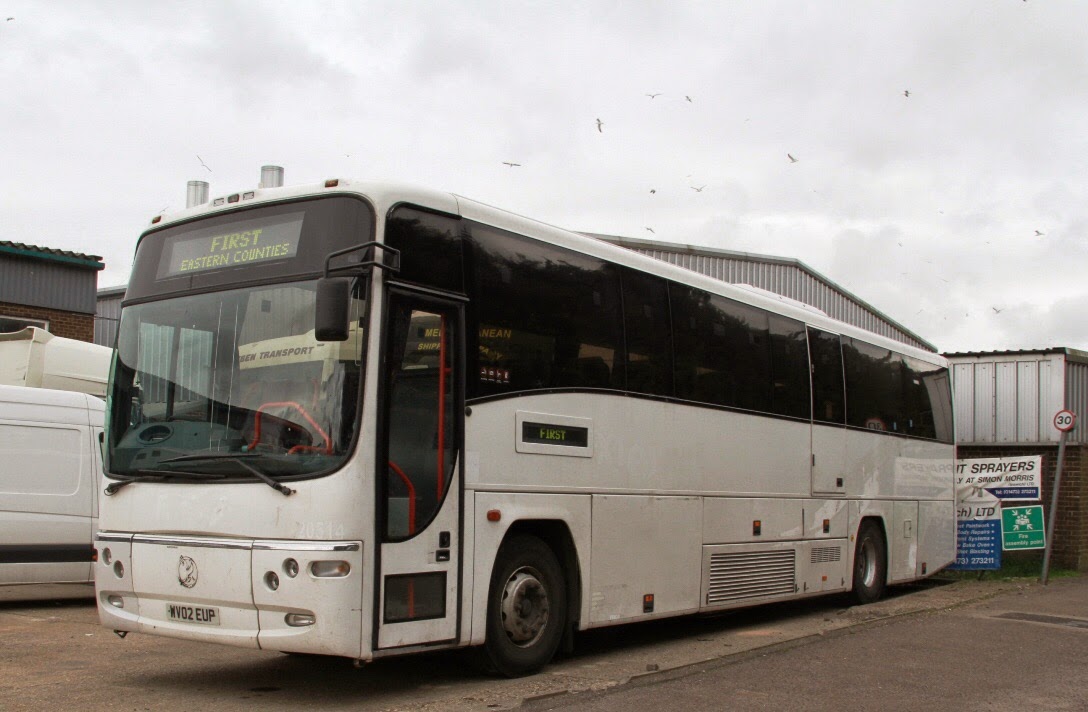 Previously based at Caister Road, 20514 was a regular on the X1 service between Lowestoft and Peterbotough 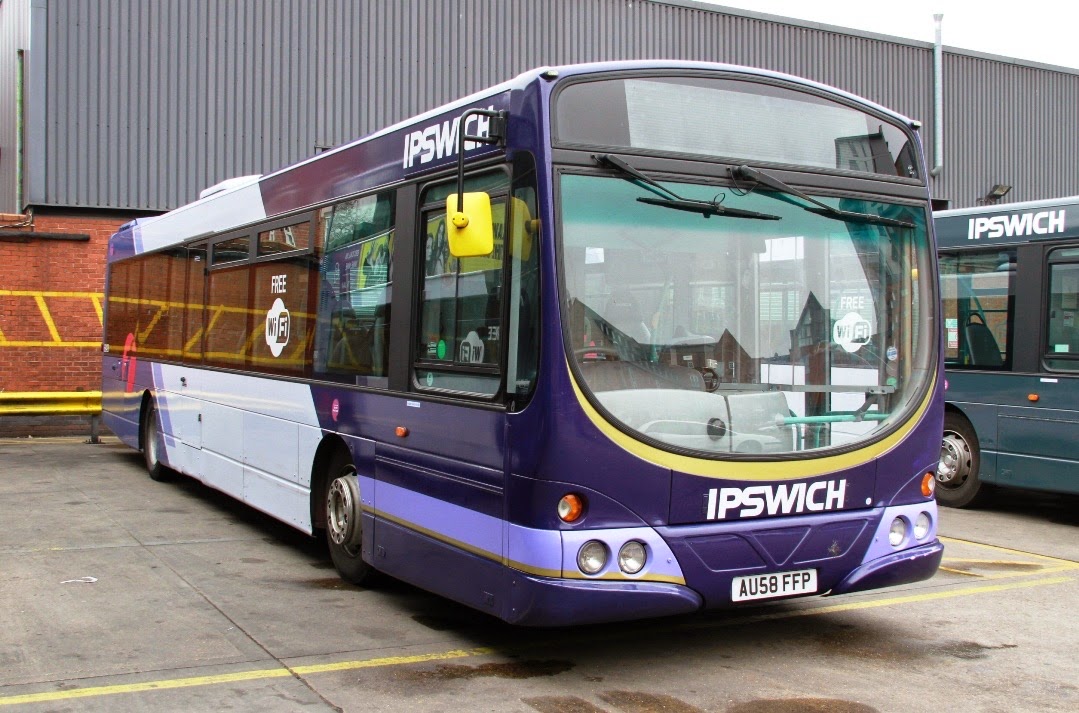 Now operating from Ipswich depot, the coach is seen at outside the Simon Morris premises in the town awaiting a variation of the X1 livery. Some suggest blue and gold whilst others indicate it may be purple-blue and gold scheme similar to First Ipswich's 69426/8

As Jim says we will just have to wait and see what materialises. Many thanks for the photos and report Jim
Posted by eastnorfolkbus at 15:14