Unlike now, the coach station then was full of buses and coaches bringing holidaymakers and day trippers into the resort and often provided glimpses of vehicles not normally seen in the town 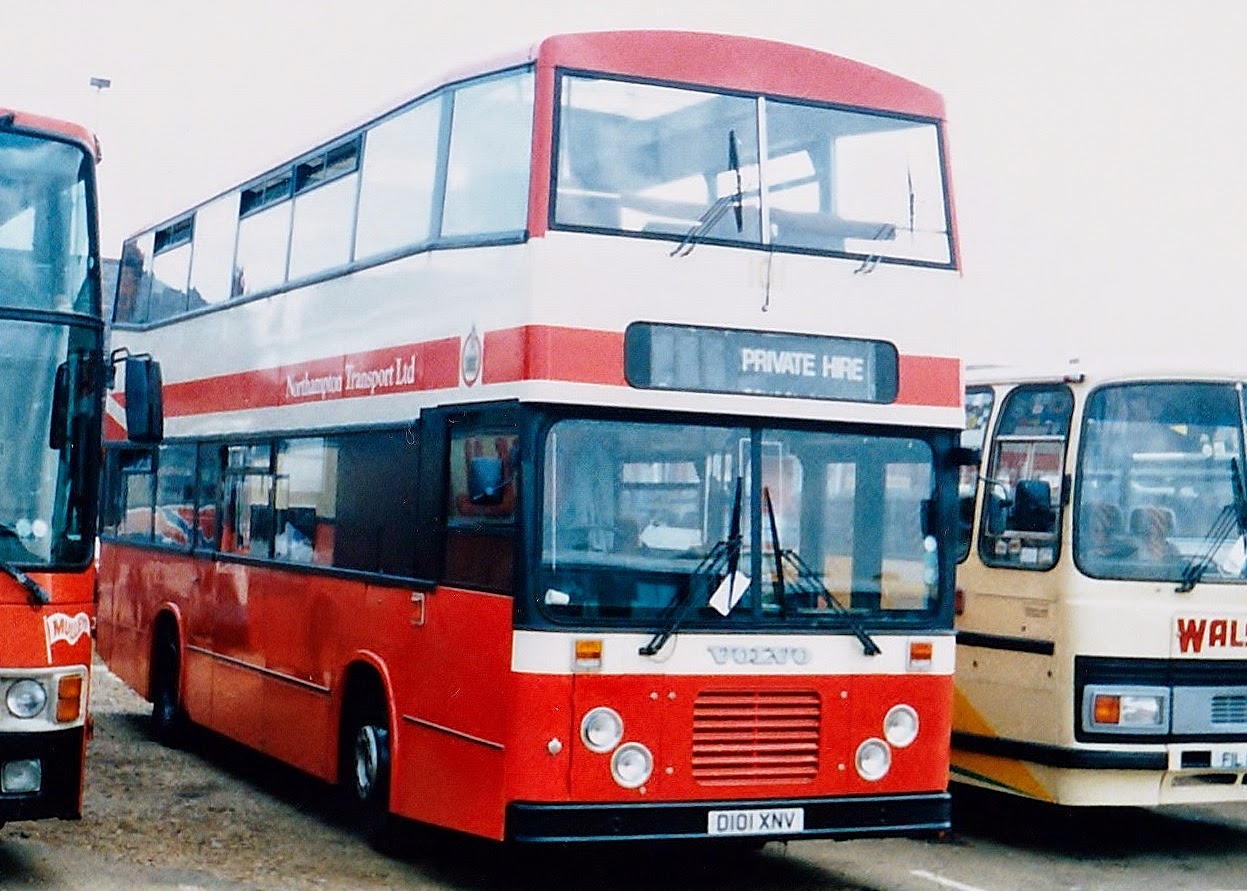 The first example is that of Northampton Transport's East Lancs bodied Volvo B10M-50 D101XNV which was new to the company in October 1986. With a CH45/31F body layout it later saw service with First Northampton 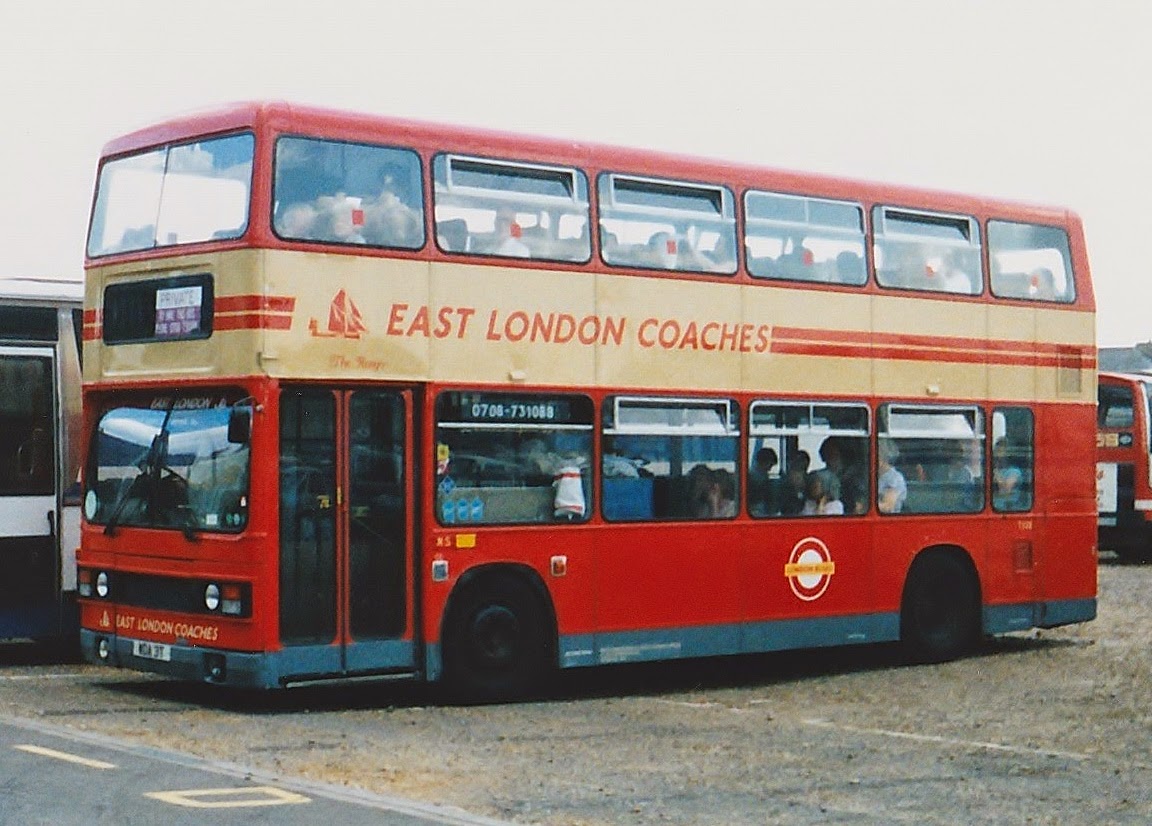 Next up is East London Coaches WDA3T complete with its original West Midlands registration plate. It is one of five former West Midlands PTE Leyland Titan/Park Royal deckers passing to London Transport. The bus was new in January 1979 and carried fleet number 7003 when with the PTE 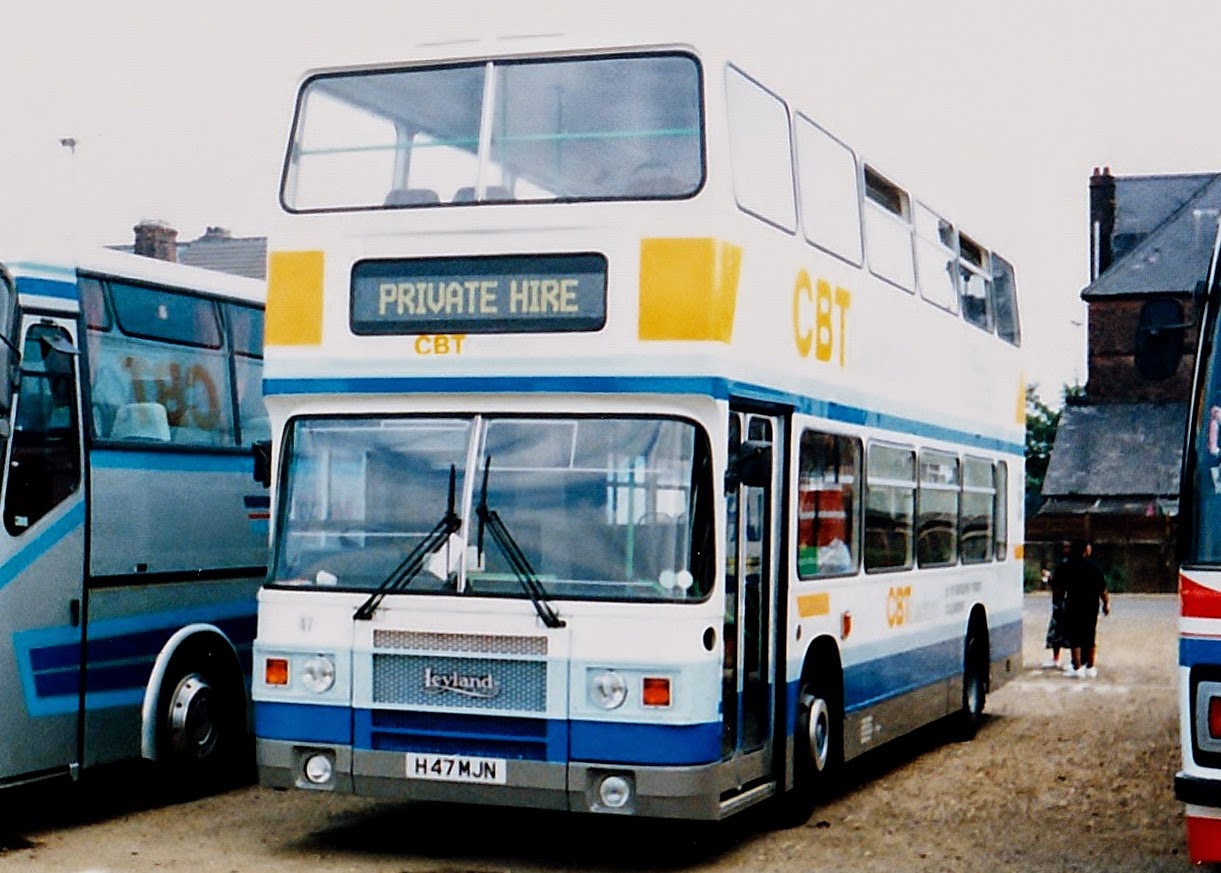 On the same day Colchester Borough Transport's H47MJN put in an appearance. The Leyland Olympian was new in March 1991 and is still in use with Talisman Coach Lines of Bromley, Essex 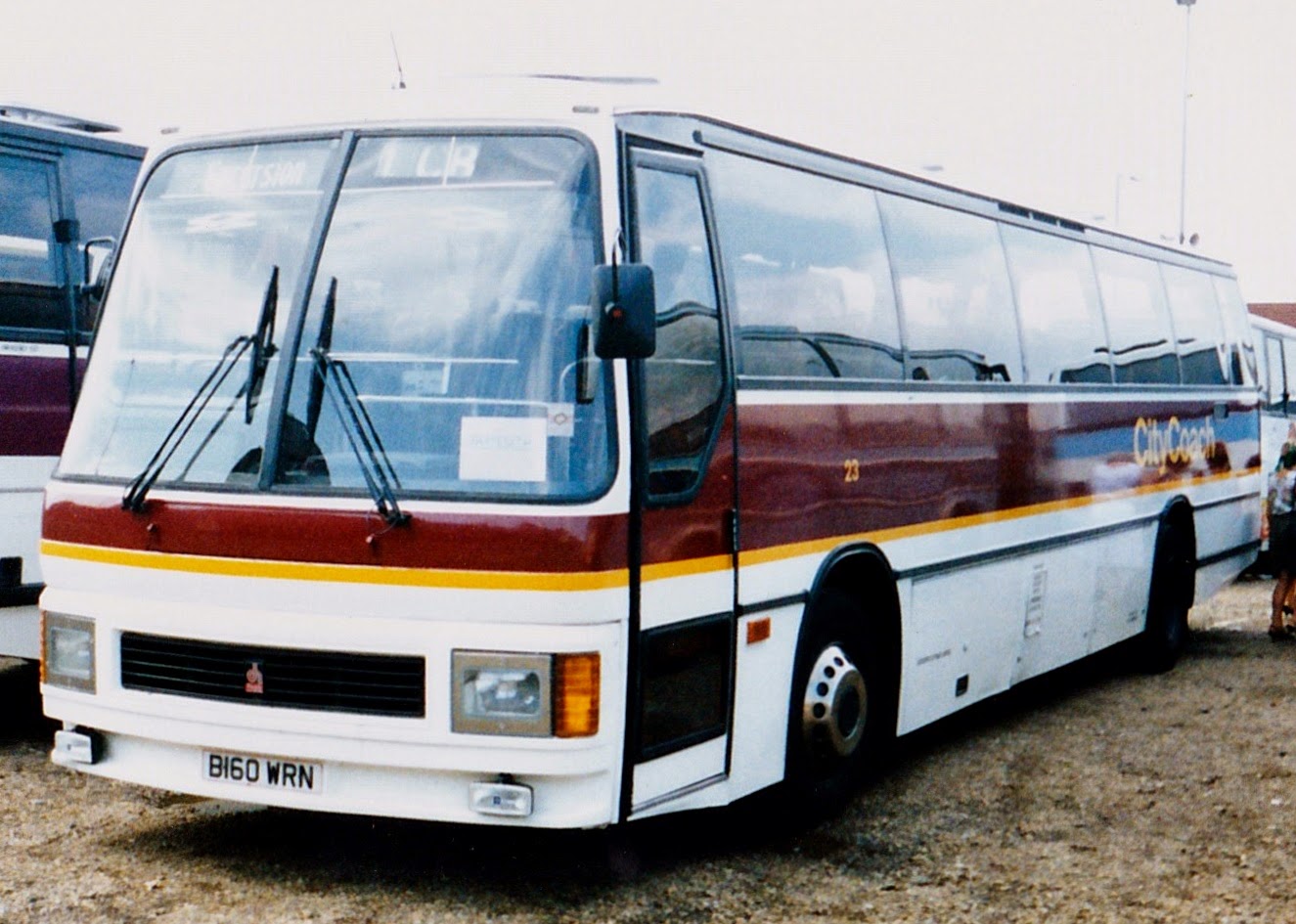 To complete the quartet is a Duple Laser 2 bodied Leyland Tiger, which was then with Leicester Citybus. Numbered 23 in the Leicester fleet, B160WRN was new to Ribble in February 1985

An unbelievable variety of buses visiting Great Yarmouth on a summer Saturday!
Posted by eastnorfolkbus at 07:41