I planned to visit the Suffolk towns of Beccles and Bungay this morning for two reasons. Firstly to capture on film most of the BorderBus deckers (as the schools were on holidays) and, secondly, a picture of the Anglianbus Scania OmniDekka 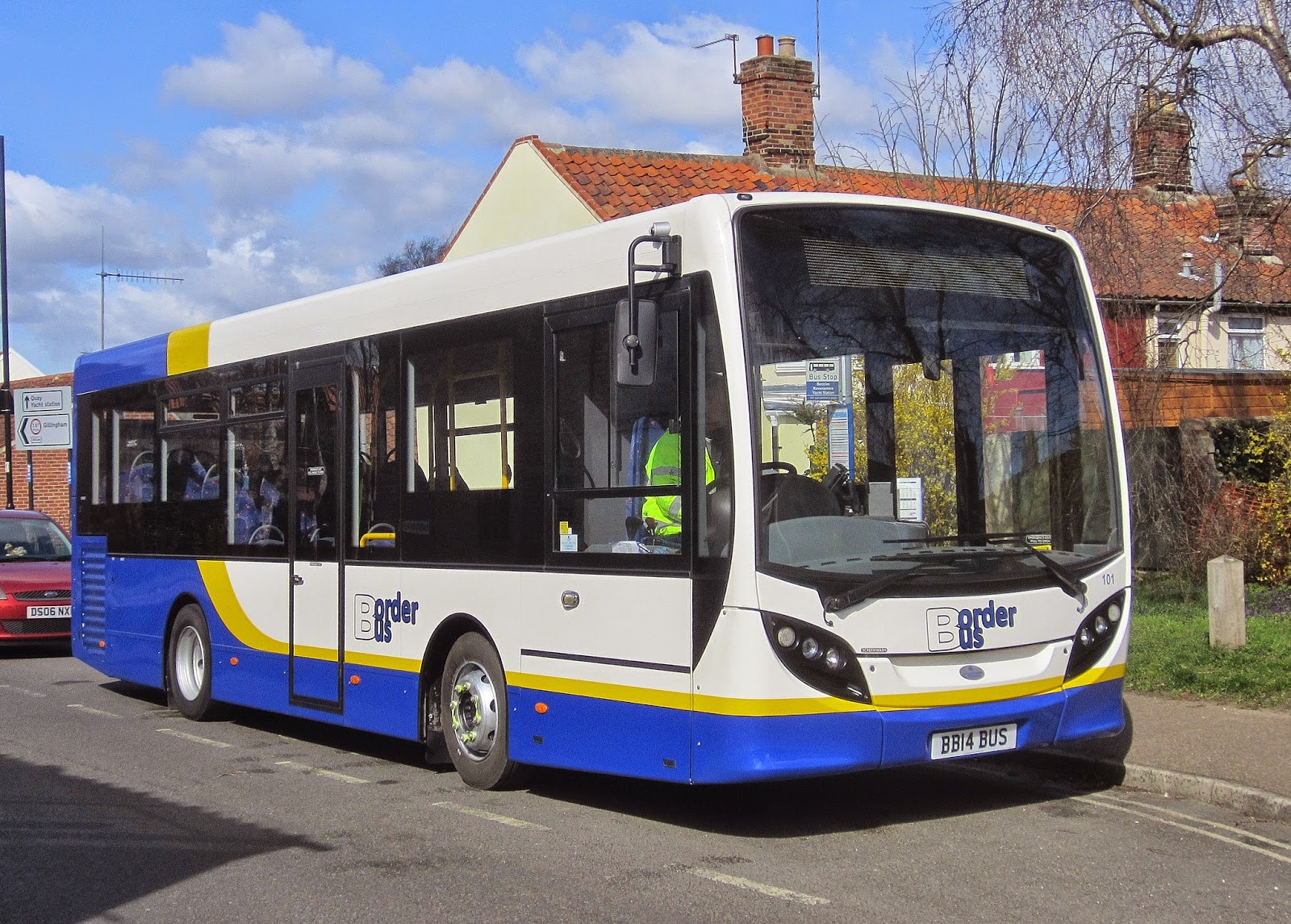 I arrived in Beccles in time to catch sight of one of the Borderbus ADL Enviro200s laying over in Ravensmere. I later found out that BB14BUS had passed its MOT that morning

I decided to wind my way through the town to the Ellough industrial area in the hope that I would see the deckers from Benacre Road. As I passed Moor Business Park I could see all six Presidents parked up, so I decided to head into the estate 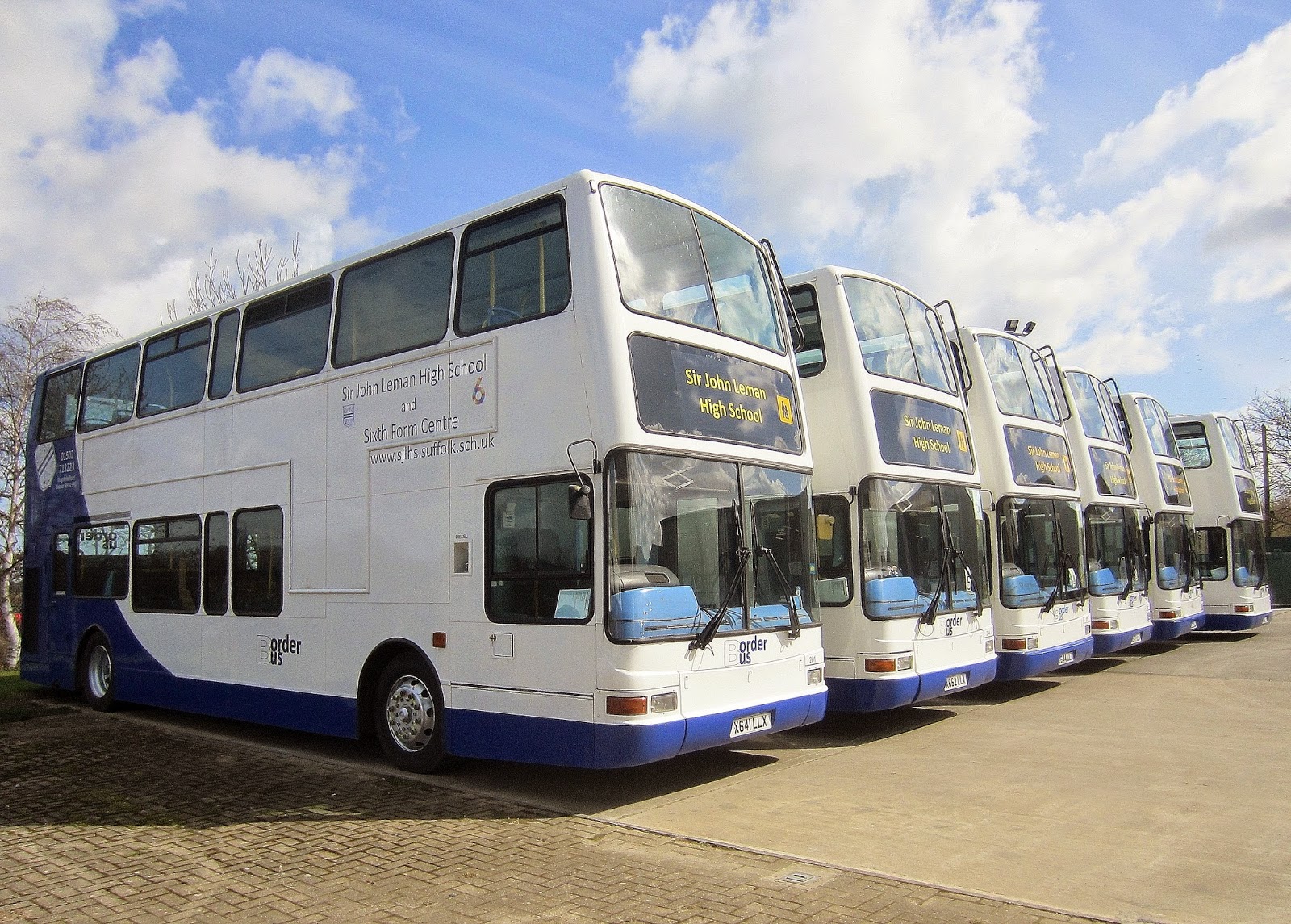 As I arrived Nicky Pursey was heading for her car with son Jamie and she wondered over to see if she could help. She did so by by taking me into the offices and introducing me to her husband Andrew. He told me that Enviro200 BB62BUS had been taken away yesterday for a new front to be fitted 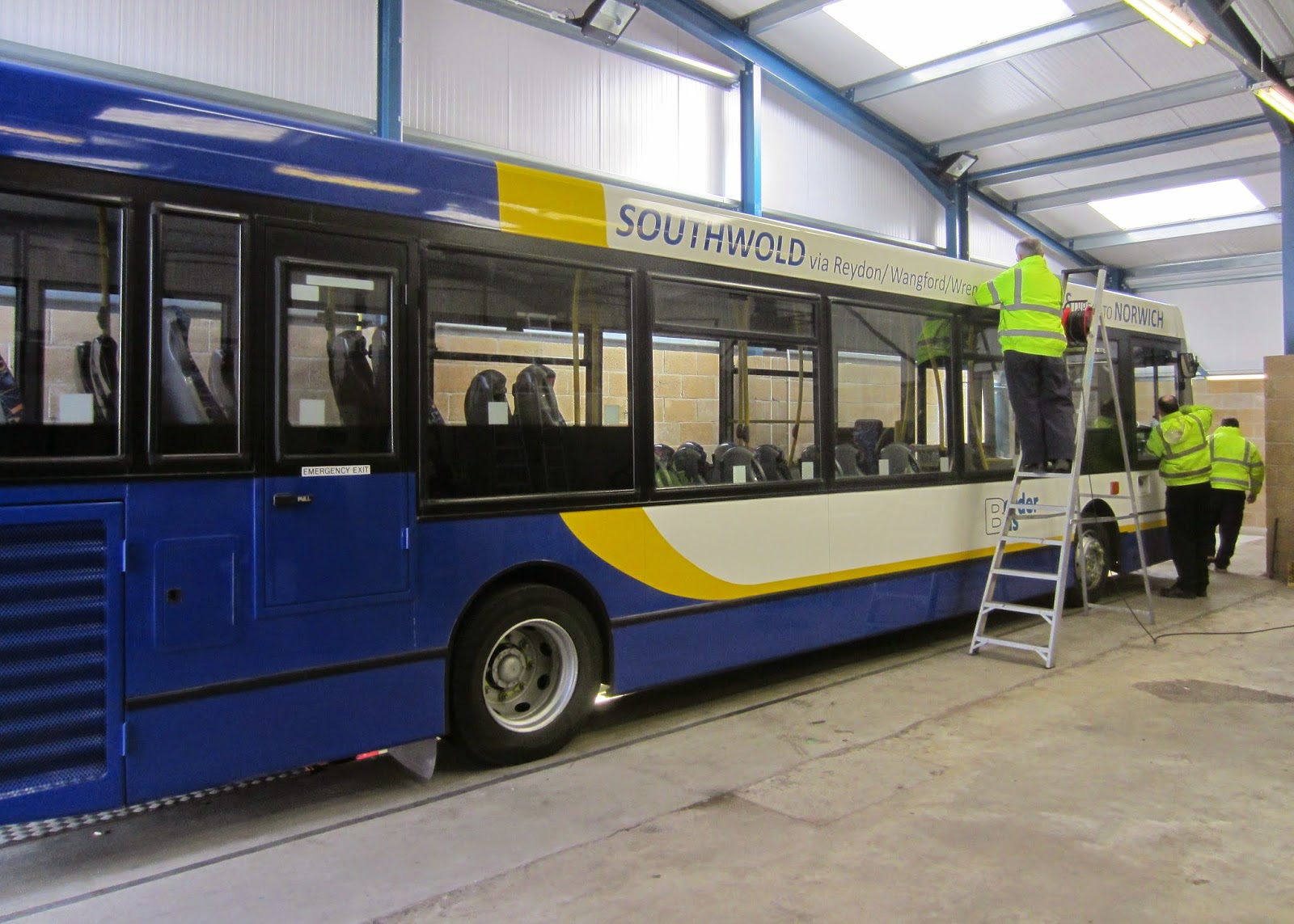 After one or two more pictures, I thanked them all for their help and I left thinking that if any bus company deserved to succeed it was this one! 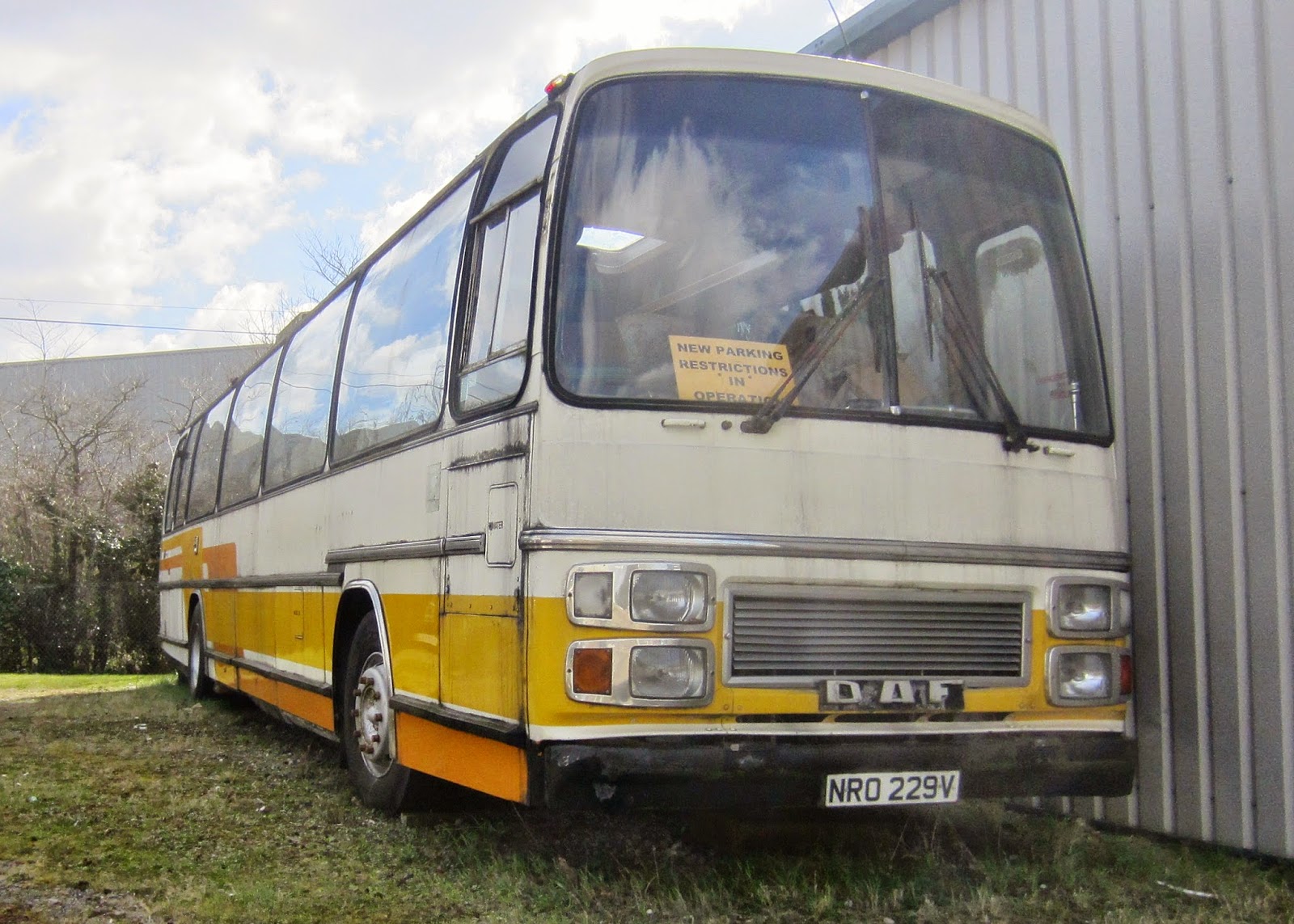 As I walked across the yard, I could see a Plaxton bodied DAF with the registration NRO229V in use as a store. 'Bus Lists on the Web' informed me that the coach was new to Seamarks of Westoning in Bedfordshire in May 1980. Further research revealed it was one of a batch purchased by the company to operate an intensive 24/7 service between Luton Airport and London. Having last operated during 2005 for neighbouring Lambert's Coaches, it is believed to have been acquired for preservation 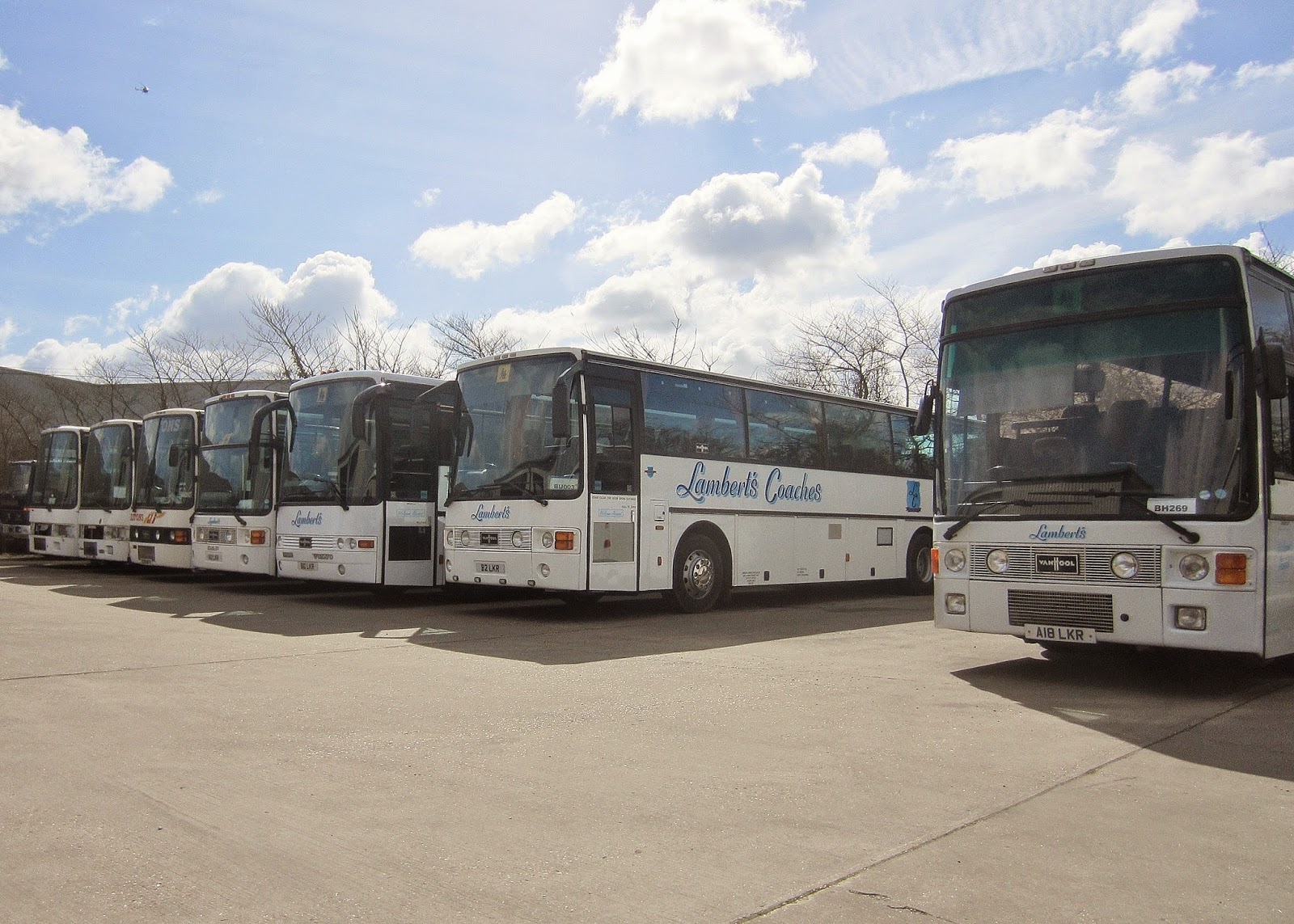 Accordingly I popped next door to Lamberts and found nine Van Hool bodied DAF/Volvo coaches being display there. One notable vehicle present amongst them was former Eastons DAF/Van Hool E219KFV 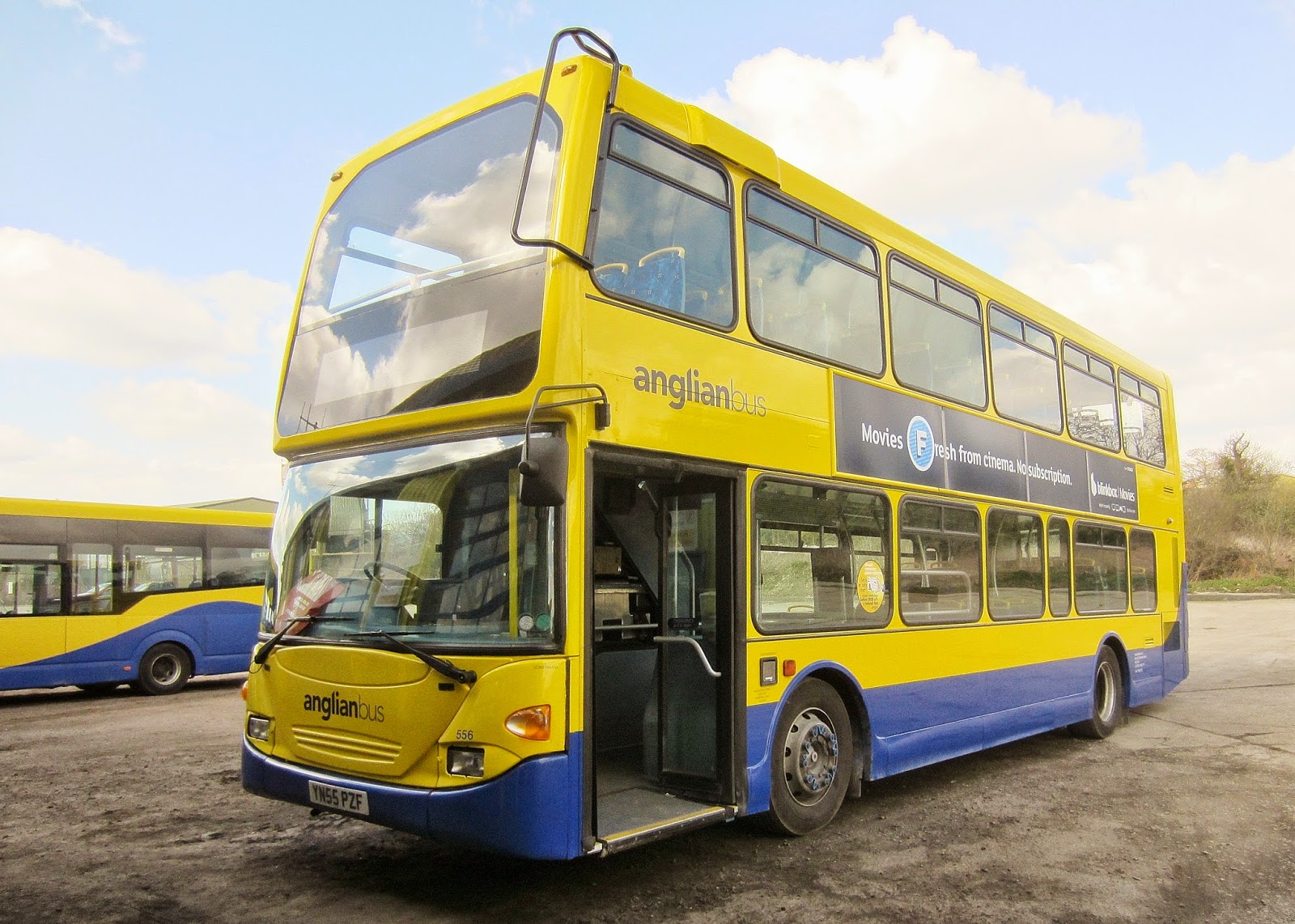 As I was in the area, I also visited the Anglianbus premises and found the first of the refurbished ex Metrobus Scania Omnidekkas in the yard and clearly YN55PZF was not in service today. So I didn't need to make a trip to Bungay after all! Also present were three of the operator's Wright StreetLites and gasbus WX62HGG, which was rear end damaged in the Acle New Road accident around a week ago 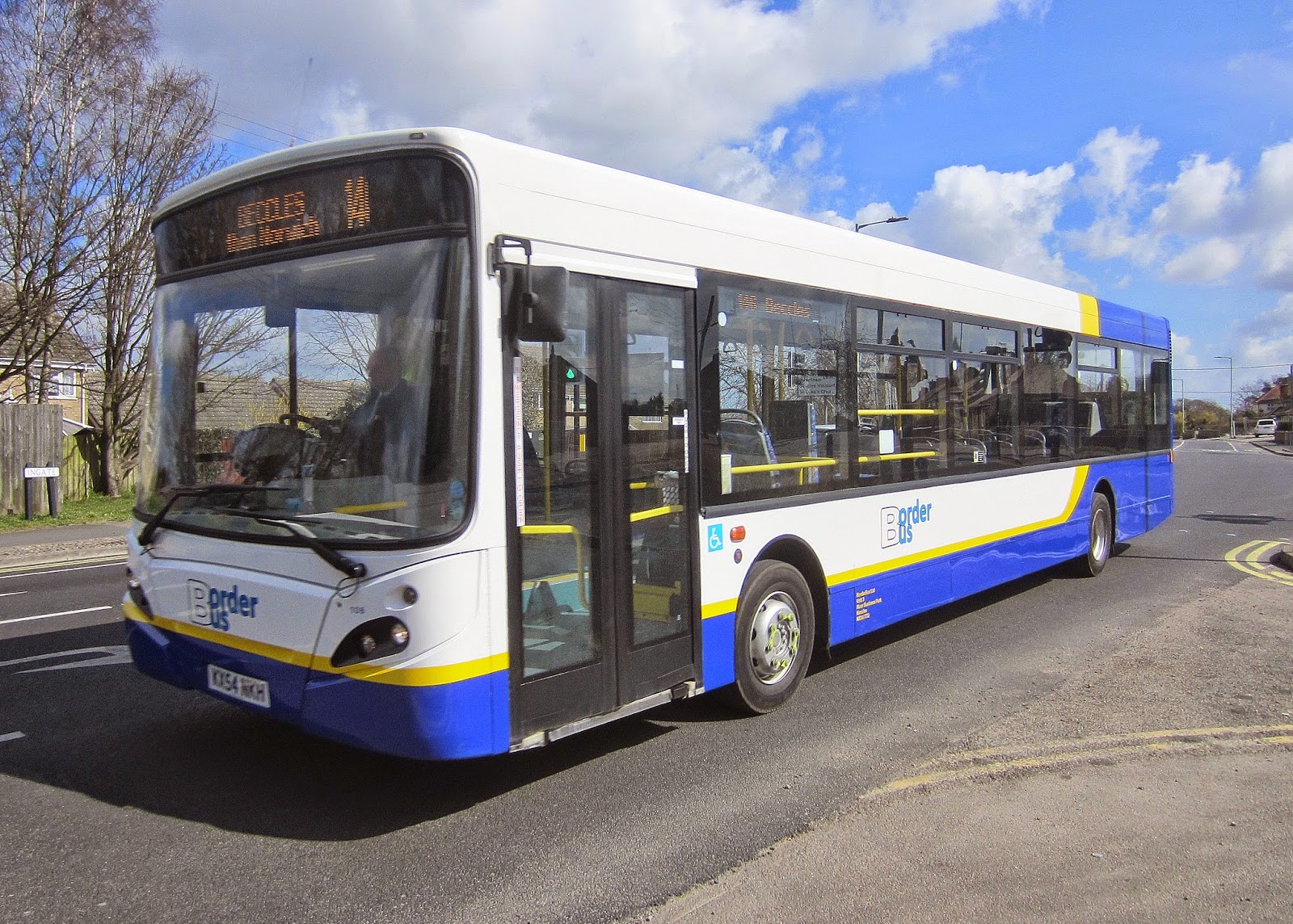 Finally, I  retraced my steps home - but not before getting a photo of  the only Enviro300 in the BorderBus fleet as KX54NKH was seen entering Beccles on the 146 11:35 service from Southwold
Posted by eastnorfolkbus at 22:49