Yesterday At The Beach

I looked in at Beach Coach Station during yesterday afternoon and found ten coaches on site, half of them from the Shearings Group 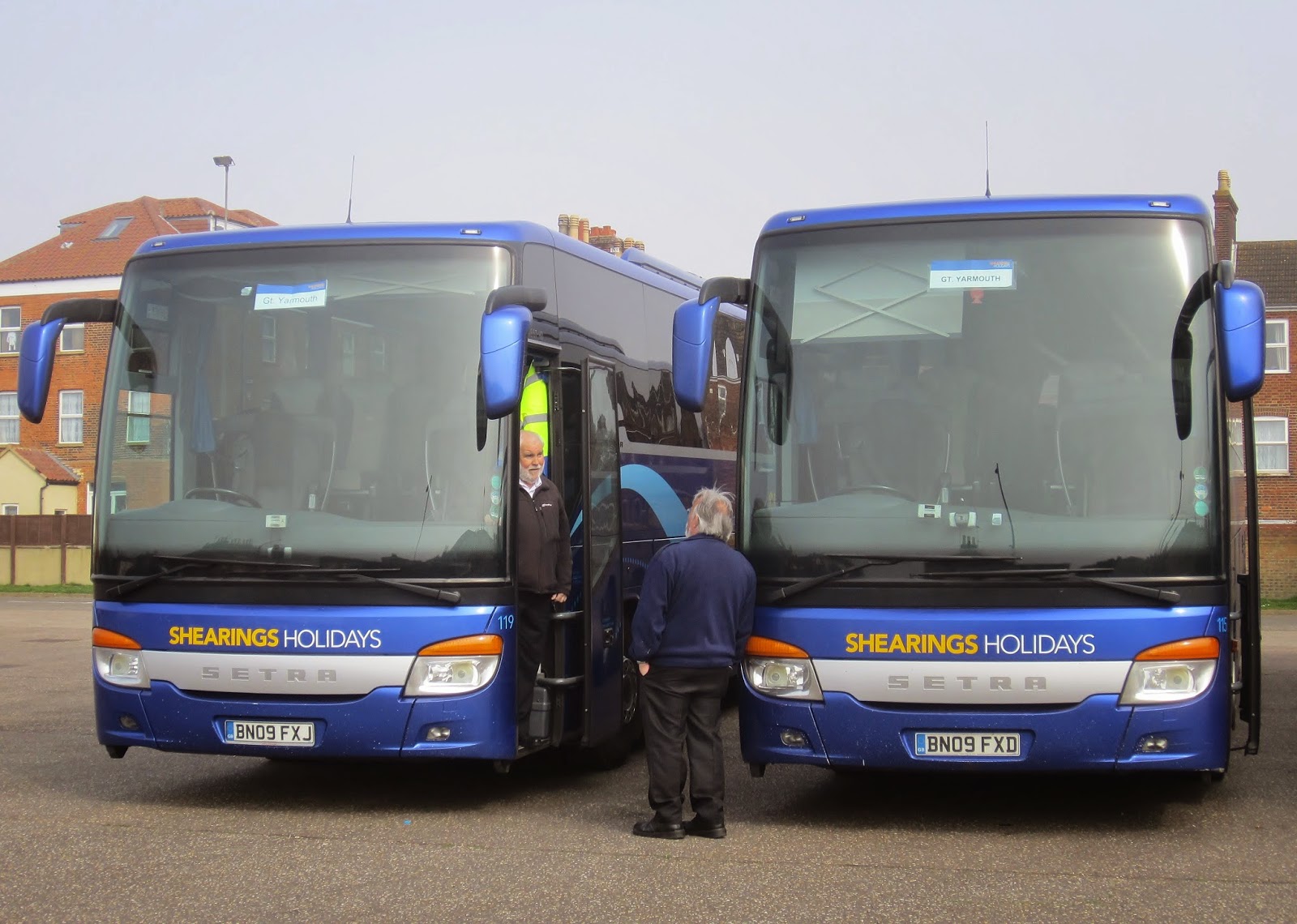 Two Norse Coaches were also present in the shape of Dennis Javelin Y327YUT and white Volvo B10M  LKZ4453. The latter was formerly registered P193HNT and 6280RU and it was acquired from Abbey Coaches of Neilston in September 2011 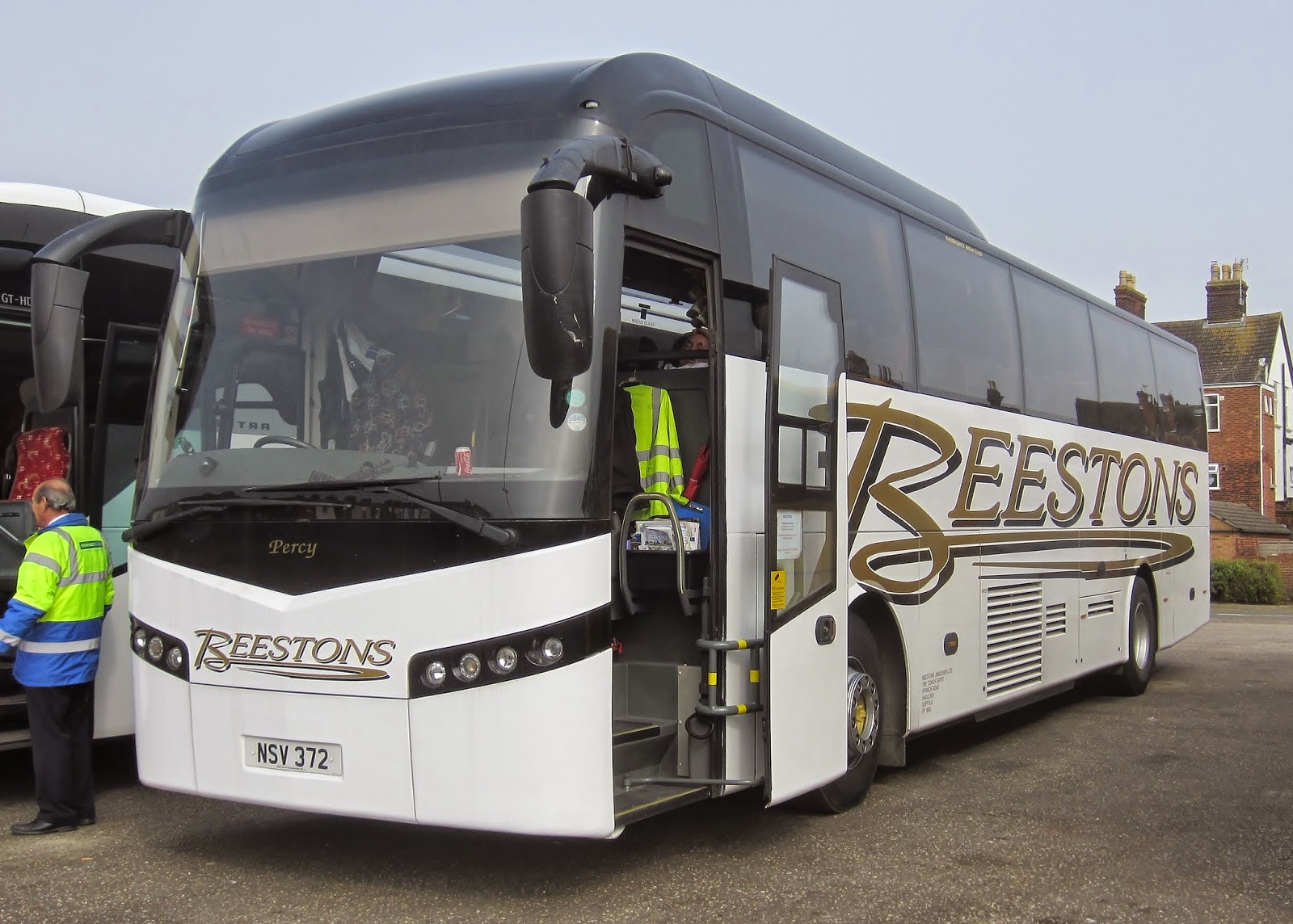 A surprise visitor was that of Beestons NSV372, a Jonckheere bodied Volvo B12M ex Voel of Rhyl in 2014
Posted by eastnorfolkbus at 07:41