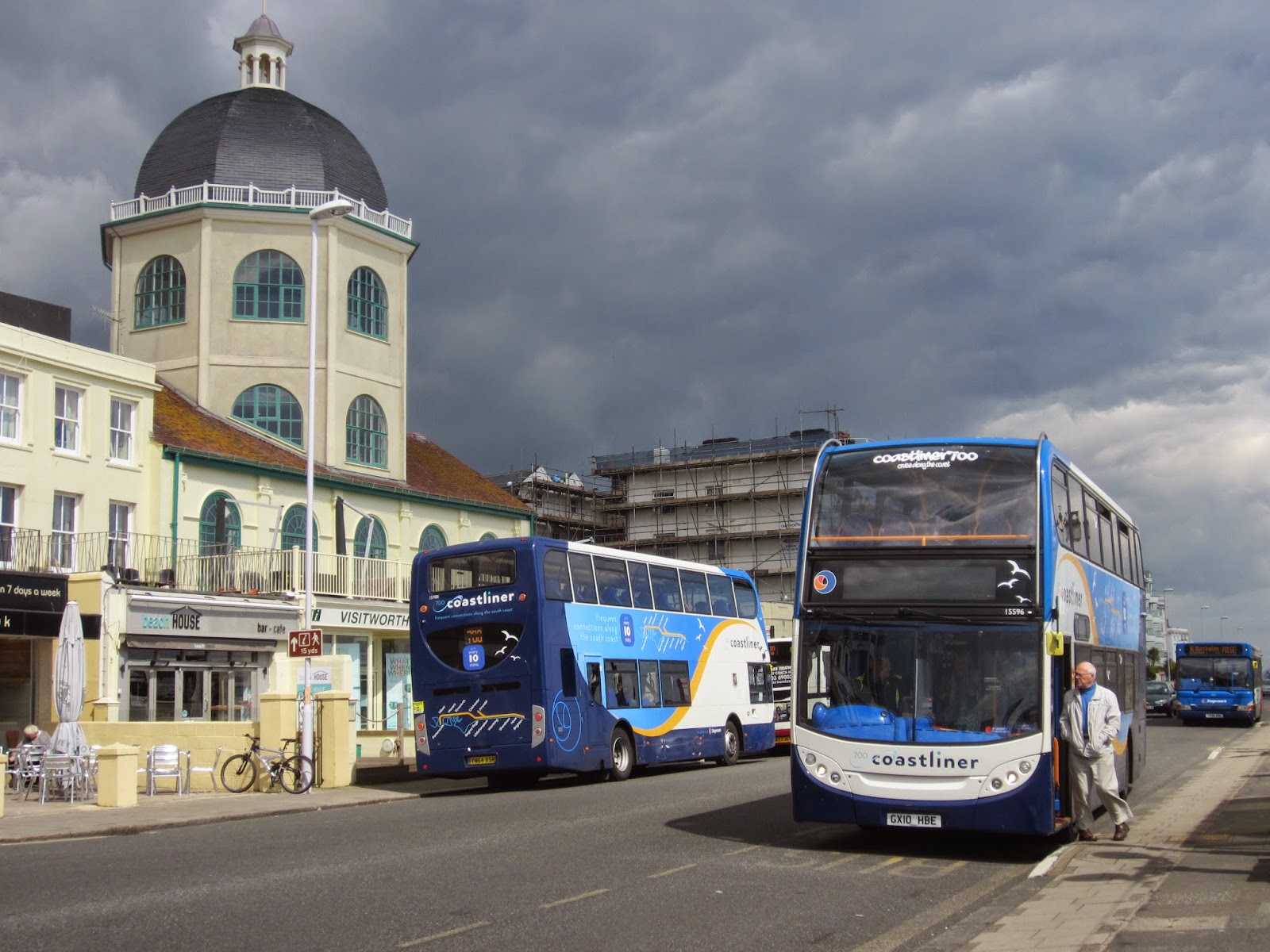 The first shows two Stagecoach South deckers passing outside The Dome on Coastliner 700 service; YN64XSR is destined for Brighton whilst GX10HBE heads for Littlehampton (the locals refer to it as affectionately as LA!) 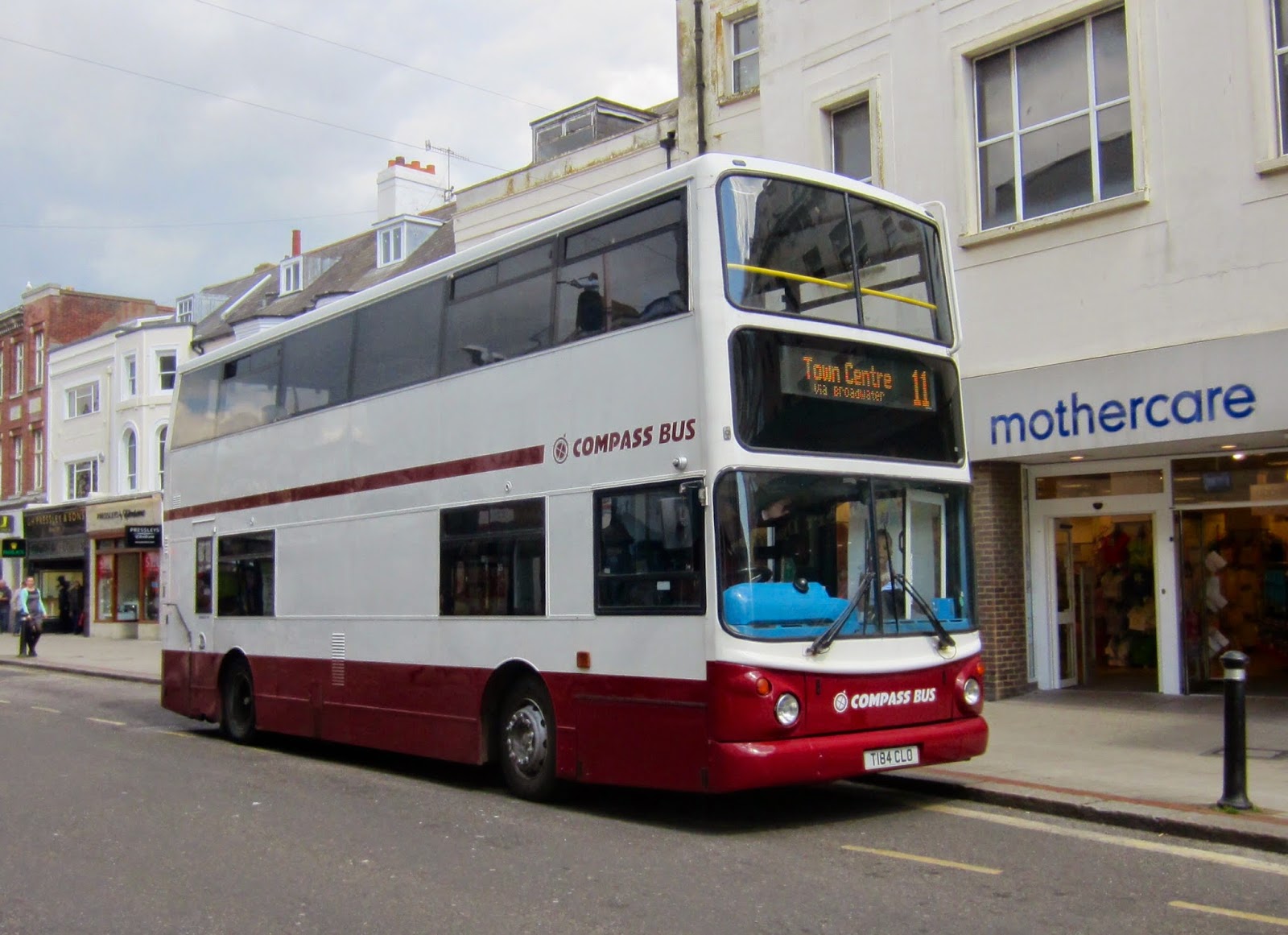 Wondering into the Town Centre I stumbled across one of the three Compass Bus deckers in the fleet arriving on service 11 from Worthing College. T184CLO is a Dennis Trident/Alexander ALX400 purchased new by Metroline and subsequently sold to K & H Doyle Coaches, Alfreton. It then passed to Stafford Bus Centre and to Compass in February last year 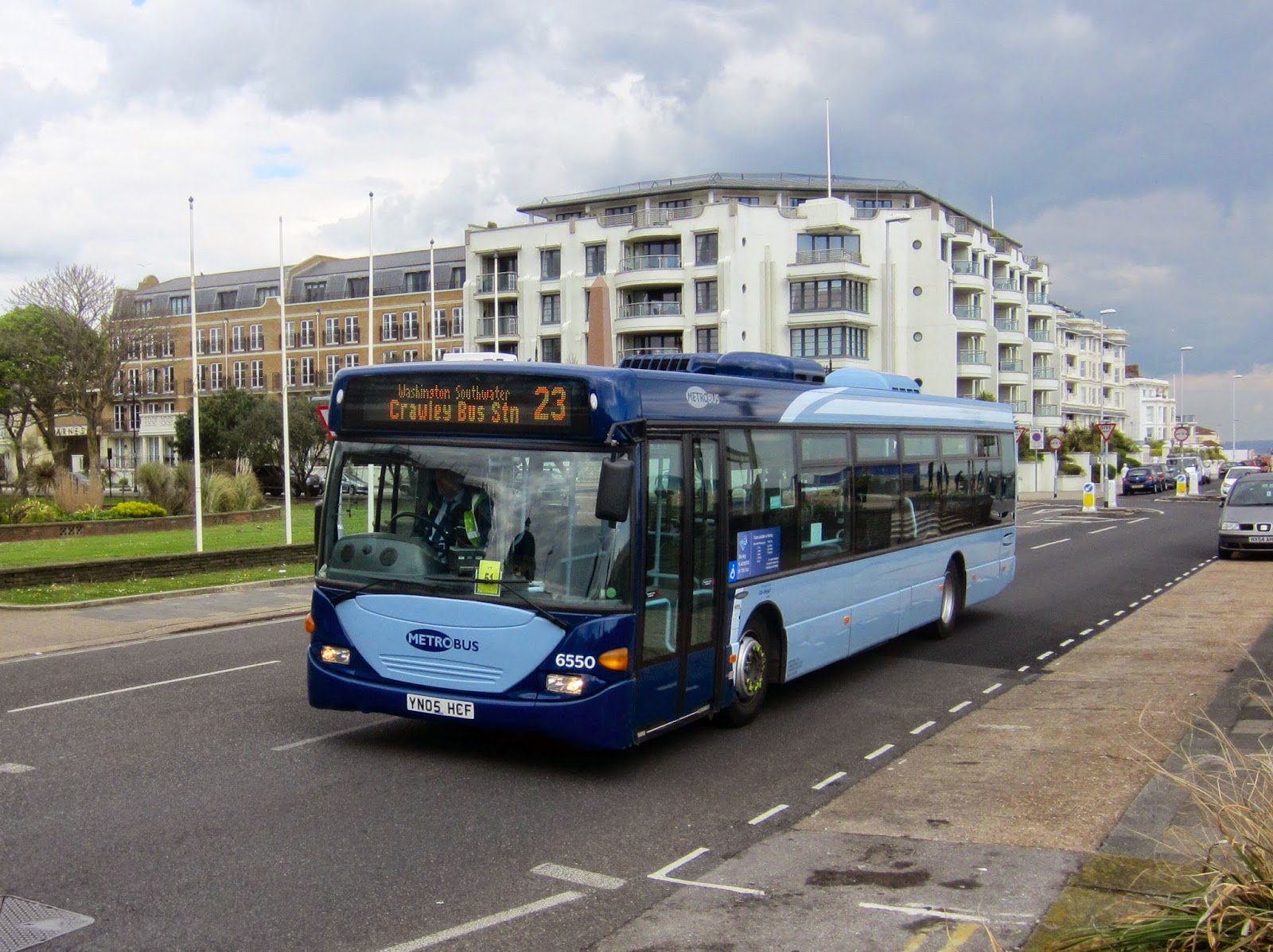 Returning to Marine Parade I observed Metrobus Scania OmniCity YN05HCF about to work a service 23 to Crawley Bus Station. Four similar buses left Metrobus for Anglianbus during 2012. Note the fleet numbering is now common to both Metrobus an Go Ahead London
Posted by eastnorfolkbus at 20:33