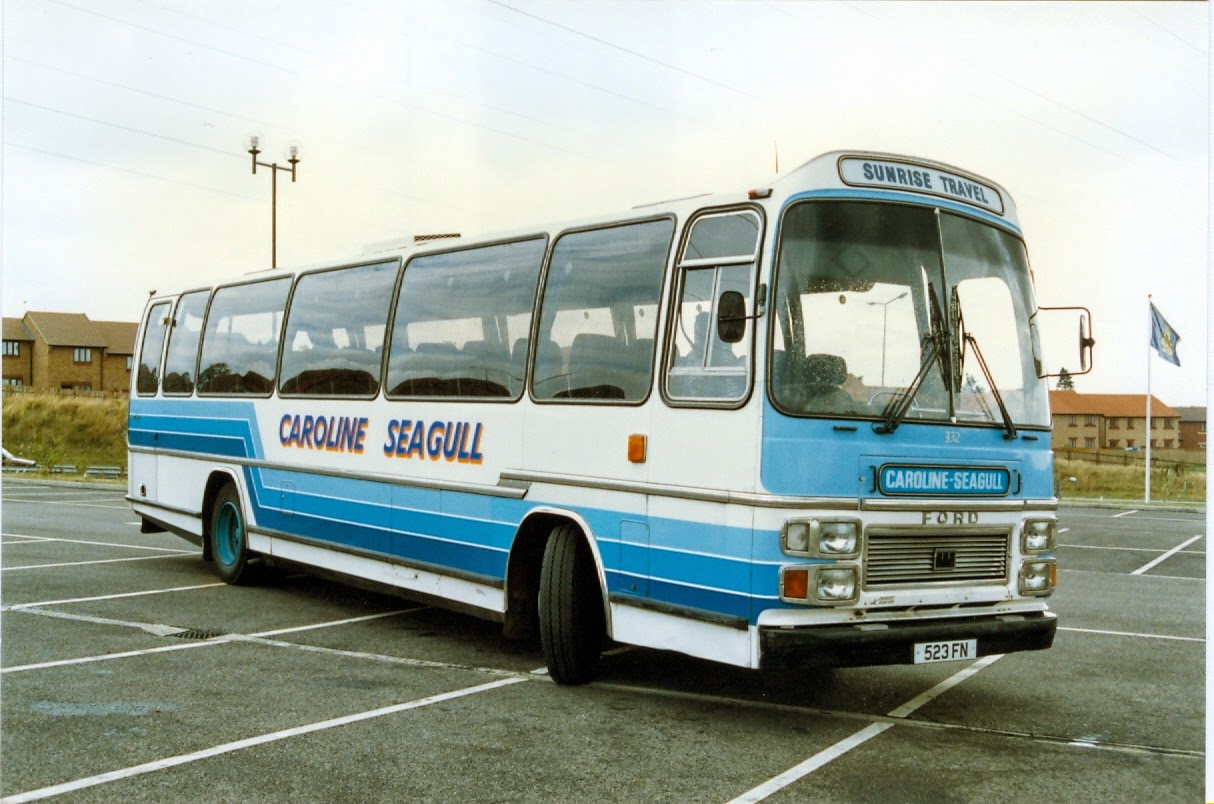 Our Ipswich contributor Jim Long writes to say that he only photographed one of their coaches and that was 523FN seen above at the former Copdock services near Ipswich.

The coach is a Ford R1114 with Plaxton C53F bodywork and was originally registered TWX332W and a fleet number of 332 can easily be discerned. This is one of the coaches that Robert Kelly referred to as being acquired from Norfolk Motor Services in the previous post

The Ford carries an East Kent plate from an AEC Reliance which has also seen use on other vehicles in the Caroline Seagull fleet. More recently the registration has been use with Beestons 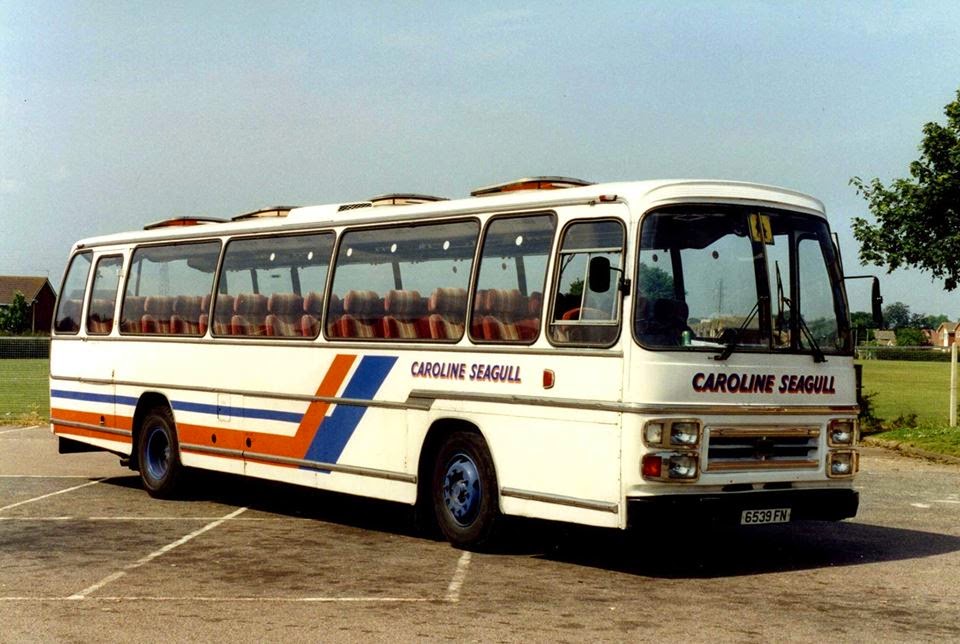 Another photo comes in from 'Reg Vardy' showing another coach with an East Kent registration and this is AEC Reliance 6539FN. This plate also appeared on a Caroline Seagull Bedford YMP. More lately it too has been used by another operator - Emblings of Guyhirn

Many thanks to Jim and Reg for the photos
Posted by eastnorfolkbus at 22:50