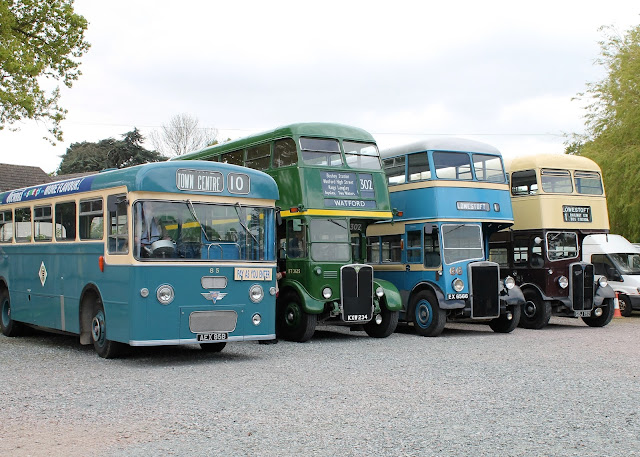 The home fleet were out in force as shown by the accompany photo with Great Yarmouth Corporation and Lowestoft Corporation represented. The former by Leyland PD2 EX6566 and AEC Reliance AEX85B and the latter by AEC Regent GBJ192. Making up the foursome was another AEC Regent from London Country in the shape of KXW234 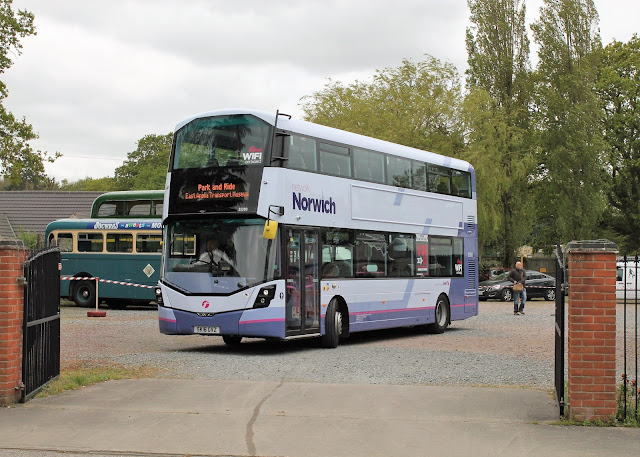 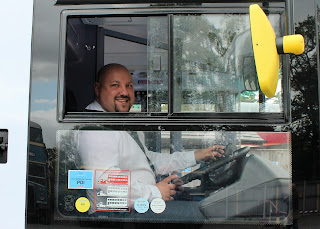 First Eastern Counties supported the event by sending along one of the new First Norwich Streetdecks. However, not one of the pink ones but one of the duo in standard First livery - namely 35200 SK16GVZ.

Driving it on free Park and Ride duties, between the museum and the Ashburnham Way, was non other than the star of television and radio Mr Chris Speed! (No scratches on it yet Sheldon!)

There were also free trips between the Museum 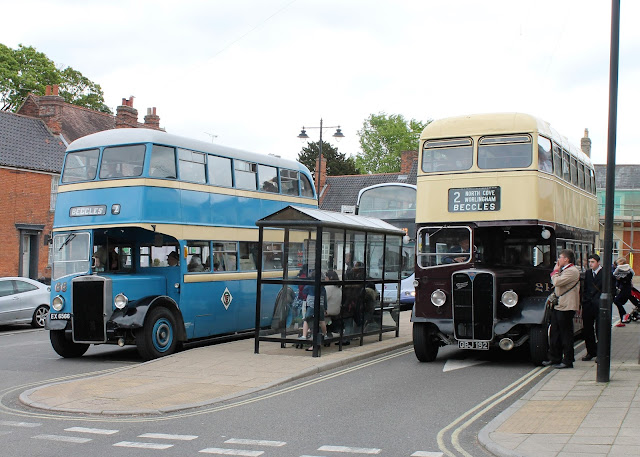 and Beccles and, at one point, you could see a decker from each of the two local 'Corporations' at the latter's Old Market Bus Station at the same time 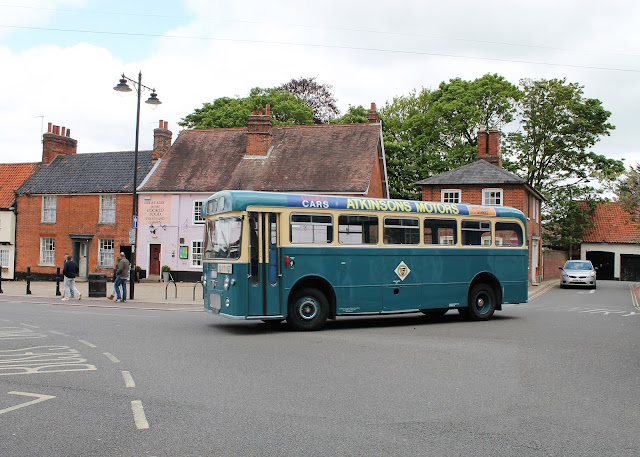 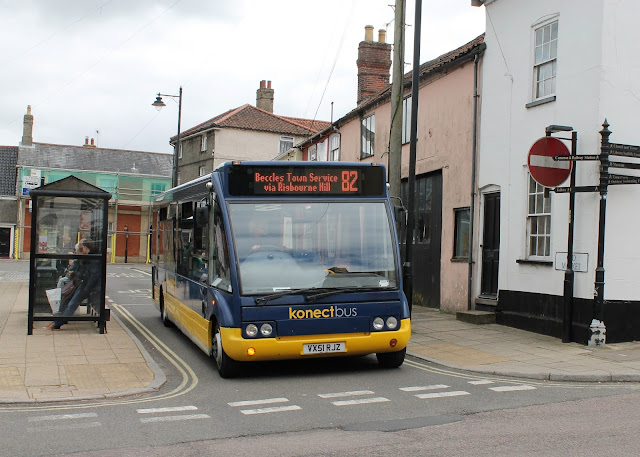 Adding to the interest at Beccles was the appearance of Konect's Optare Solo 901 VX51RJZ on an Anglian Beccles Town Service. Incidentally, it had also worked a service from Gorleston's East Norfolk Sixth Form College during yesterday afternoon

My thanks to our intrepid reporter/cameraman for the day Mr Tim Miller. This post could not have been made without his assistance. All photos remain his copyright

Roy
Posted by eastnorfolkbus at 21:43