The latest instalment of revisited goes back ten years to 2006 and a look at a selection of photos some taken near Market Gates, i believe they were taken after i had finished work one evening! 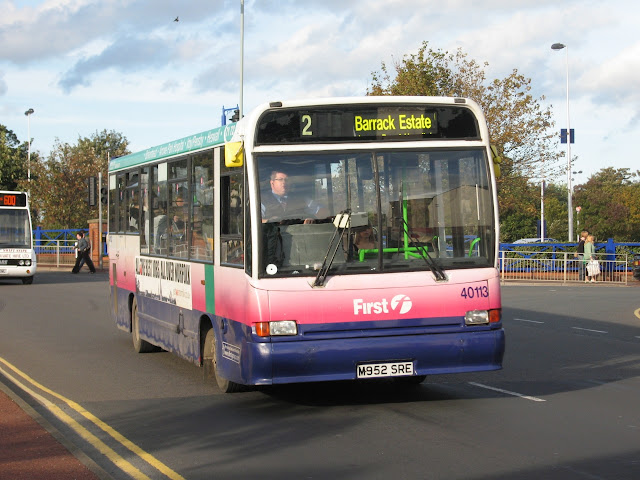 First up is former First PMT Dart 40113 M952SRE which arrived in Barbie 2 livery with full branding for services in the potteries and entered service still wearing it, handy if you wanted to go to Crewe or Heswall!. It was repainted into a newer version of the corporate livery with a smaller willowleaf at the rear shortly after the photo was taken. 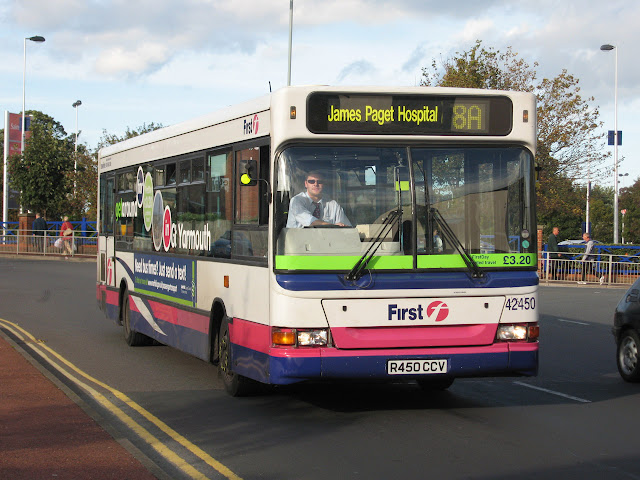 Longer SLF Darts were a large part of the Yarmouth fleet at the time and many gained a new branding called "Get around in Great Yarmouth" which was also carried on the three Volvo B7RLE here at the time 66950/57/59 which have since worked in Norwich and now at Ipswich. Former Cornwall Dart 42450 R450CCV is seen here on the 8A in the evening sun. 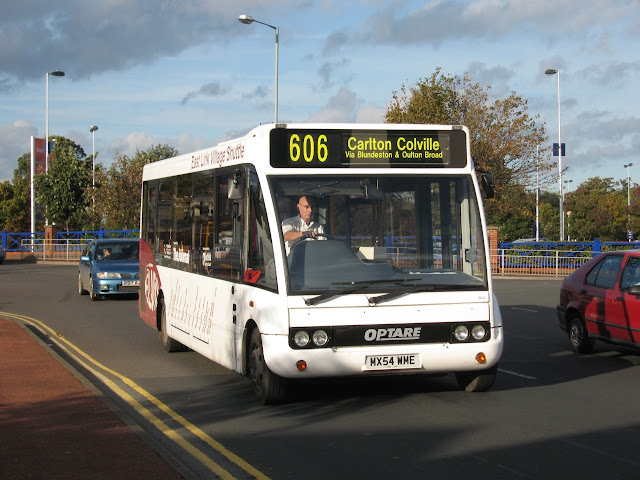 Ambassador Travel operated the East Link Village Shuttle service 606 or ELVIS as it became known using its fleet of Optare Solo's, a couple wore branding for the service, one of which was MX54WME. 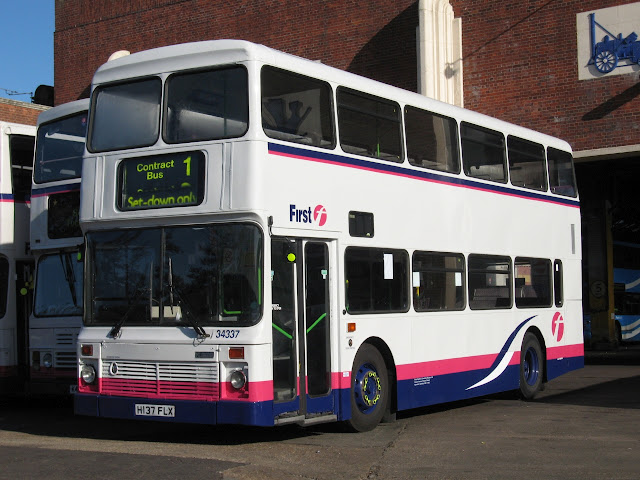 The final photo is of a recent arrival at the time, Leyland Olympian 34337 H137FLX, seen here at Caister Road after returning from the paintshop, the former First London vehicle still had London blind boxes fitted and special blinds were made for local services, the bottom blind in the photo was still a London one!

Grahame.
Posted by Norfolkbus at 08:35