With Friday usually being the change over day for short breaks at the local hotels, I thought I visit the usual haunts in town prior to some retail therapy 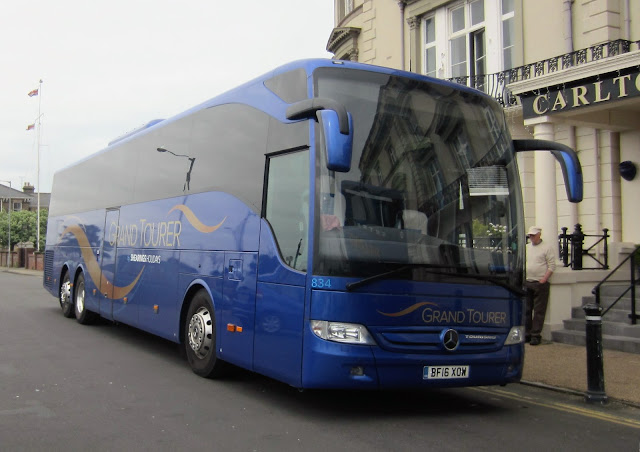 As expected, outside the Carlton Hotel were two Shearings Holidays' coaches ready for a quick getaway. What was unexpected though was a 16 plate Mercedes Benz Tourismo in the operator's latest Grand Tourer livery. It has ordered thirty of them as part of the group's 2016 intake and 834 BF16XOW is the first one I have 'clocked'! Incidentally the second coach was Setra 632 BG63VVN 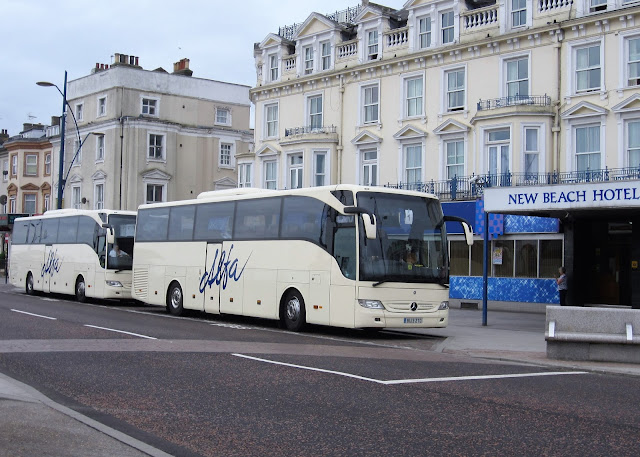 Meanwhile a couple of Alfa Travel's Tourismos were awaiting their passengers outside the New Beach Hotel with BU13ZTO at the front. As I returned to the car an unidentified member of the National Holidays fleet passed me heading for the Carlton Hotel 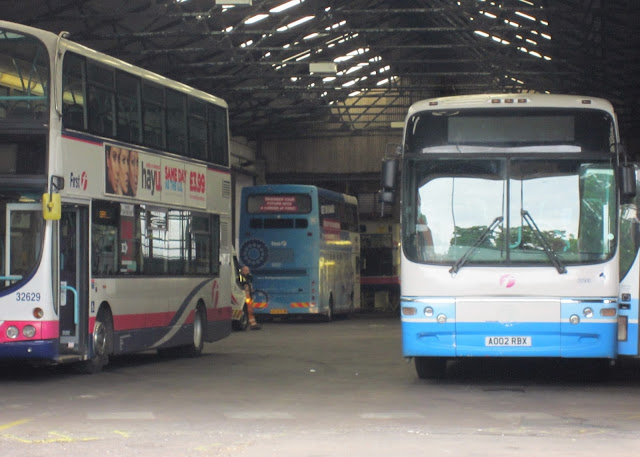 News from First Great Yarmouth is that another President has moved from Caister Road to Norwich last night. 32207 LT52WTN joins 32200 and 32209 which left Caister Road earlier in the week. A new arrival though is the First Training Bus 32052 X578RJW which was noted lurking at the back of the depot this morning. The Volvo was new to Centrewest (later First London) in September 2000

My thanks to Grahame for the latest news from First