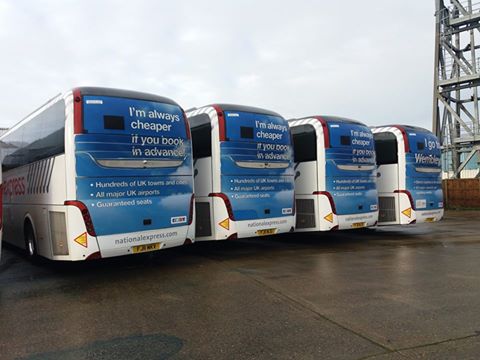 The newcomers are Caetano Levante bodied Volvo B9R coaches FJ11MKF/V and FJ11MJU/X, with some of them (if not all) having visited the county before on Brighton to Norwich services. Three of them were new to National Express in July 2011 whilst MJX followed a month later. It is believed the quartet will be on loan for twelve months. 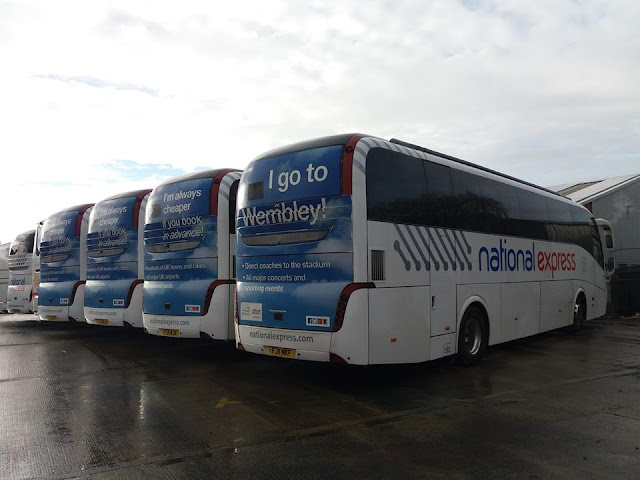 The vehicles they will replace (Levante bodied Scanias FJ09DXA/B/C/E) were initially thought to be moving away but are now being retained. Three will remain at Ambassador with the fourth moving to sister company Semmence. Two of the three staying in Great Yarmouth will keep their National Express branding and will be used as duplicates or on Wembley contracts. The third will will be converted to plain white

My thanks to Robert for the initial information, the update and photos.

Roy
Posted by eastnorfolkbus at 16:54