This week's Throw Back Thursday spotlight falls on an AEC Reliance which began life operating for East Kent. OFN730F has a Marshall fifty-three seat bodywork and was new to the company in June 1968 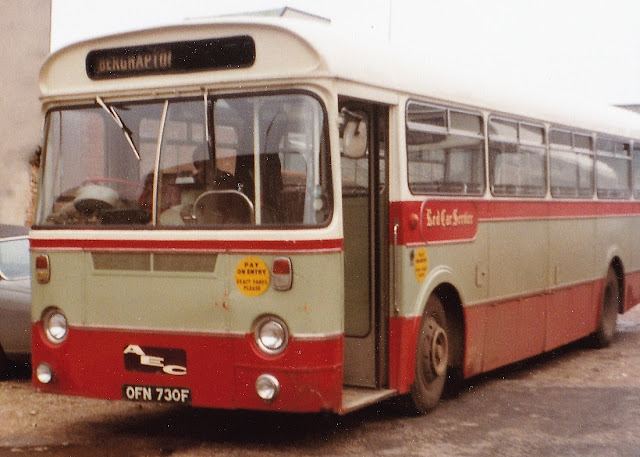 It was one of many similar East Kent Reliances making their way to Norfolk in the late 1970's. Sister OFN714F also went to Red Car and a further ten were acquired by Great Yarmouth operator Caroline Seagull (although some of these were used for spares)

The photo was taken in around the late 1970's early 1980's at the Cullings/ Red Car premises in Ber Street, Norwich with OFN730F ready to work to Berghapton. There is reference on Flickr saying that it was a regular on the route operating twice a day for six days a week.

For those unaware, Berghapton is seven miles south-east of Norwich, just off the A146 Norwich to Lowestoft road, and is presently served by Our Hire's weekday 86 Beccles to Norwich bus service.

Further Information
Robert Kelly has contacted me to say that Caroline Seagull had, over time, acquired more than double the number stated of former East Kent Reliances and gives further details.

My thanks to Robert for his extensive research and information

Roy
Posted by eastnorfolkbus at 11:07