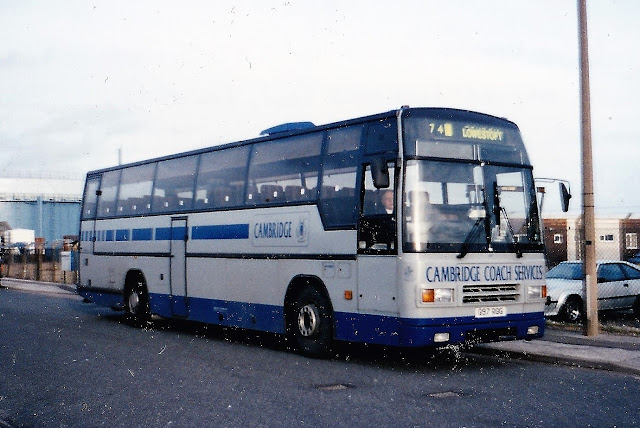 It is pictured on 28th January 1995 laying over at Gasworks Road in Lowestoft next to the then Eastern Counties depot. Numbered 397 in the fleet, it had just arrived on the 12:00 service 74 from Cambridge.

G97RGG was delivered new to Park of Hamilton in March 1990 but was owned by Cambridge Coach Services from October 1991 to December 1998. By December of the following year it was reported with Dawson of Newcastle seeing regular use in the Stoke on Trent area. It was subsequently owned by Spearings of Welland and Kingfisher of Blackwood. In 2014 it was noted as being for sale on eBay.

Roy
Posted by eastnorfolkbus at 09:58