Early yesterday evening I wandered past Beach Coach Station and found it comparatively empty as the contractor vehicles for the weekend's fair had moved to the market place to deconstruct the rides there. 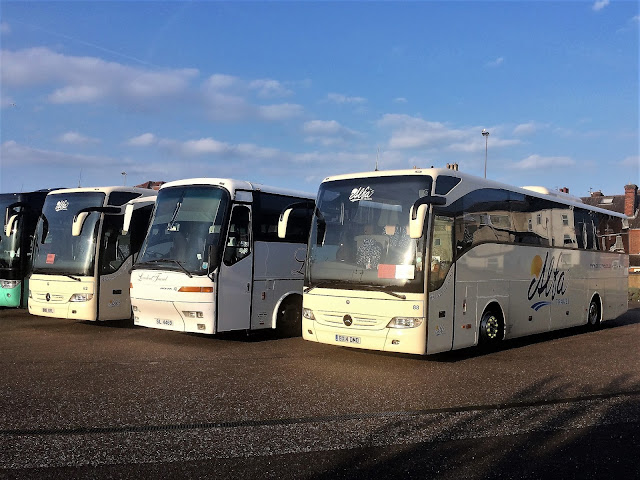 Surprisingly there were five coaches present including two of them from Lancashire operator Alfa Travel. They were both Mercedes Benz Tourismos with the registrations BN11UFL and BX14OMO. Incidentally the company has recently taken delivery of seven new Tourismos and it is hoped they will start appearing here fairly soon.

Sandwiched between the two was Bova Futura SIL4469 from Lovden Travel of Lincolnshire. It was delivered new to Fen Travel of March in Cambridgeshire as T4FEN in March 1999. 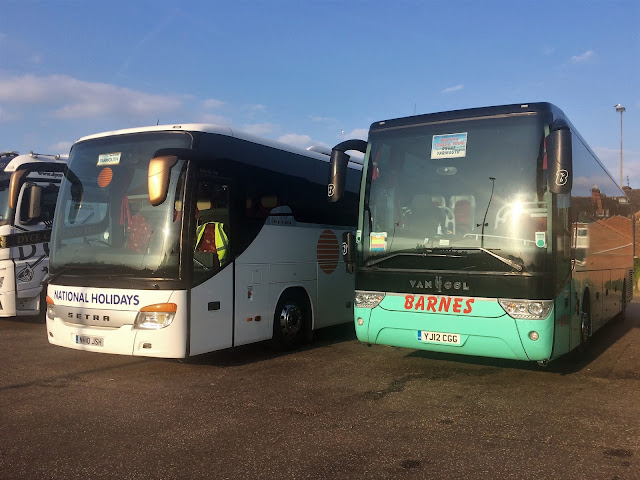 Roy
Posted by eastnorfolkbus at 09:38