A gloriously warm sunny day coincided with yesterday's 2017 Ipswich Bus Rally and it was my first visit to the town since May 2010 - how time flies!

I am reliably informed that the number of entrants was down on the previous year with Ipswich Buses and First Ipswich being notable absentees. Never the less there were some interesting visitors with some arrivals from our area attending. Overall it was a very enjoyable event.

Local entrants were Our Bus Optare Solo MX58AAY and Anglianbus Scania OmniCity YN05HFG which deputised at the last minute for OmniLink AN61BUS which had door issues prior to leaving for the journey south.

After many photos at the venue, I sought some sustenance and decided to head for Tower Ramparts which would also provide a different background for more photos. Almost immediately a certain 'Mr Vardy' headed towards me driving Ipswich Transport Museum's Lodekka GNG125C

After further observations I headed back to Portman Road to meet up with fellow bloggers SteveW of Steve's Bus & Train Page, Sam from Norwich Buses Blog, Zak from Norwich Bus Page, Clive from Ipswich Bus Blog and last ,but not least my fellow partner in crime, Grahame Bessey. (oh and I almost forgot the illustrious Tim Miller). A great reunion of like minded persons! 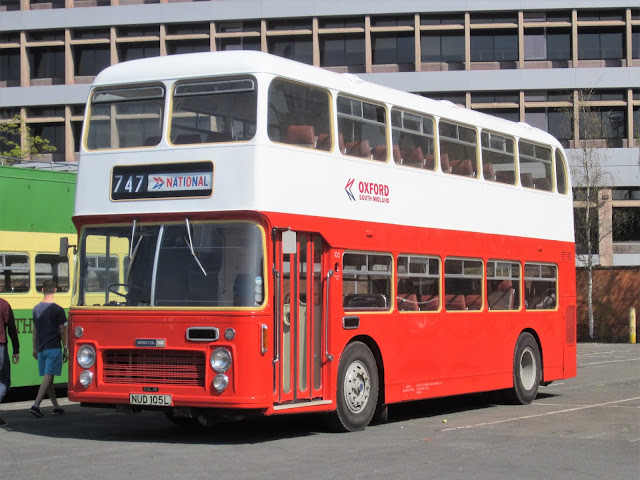 Since my visit earlier in the day, I was now able to get a better photo of ex City of Oxford Bristol VR NUD105L. Entered by David Clements, it had an ultra low height body with semi coach seating

Finally, I looked in at Ipswich Station to take in the changes there since my last visit and found this former First Great Yarmouth Volvo B7RLE Wright Eclipse-Urban in use there. 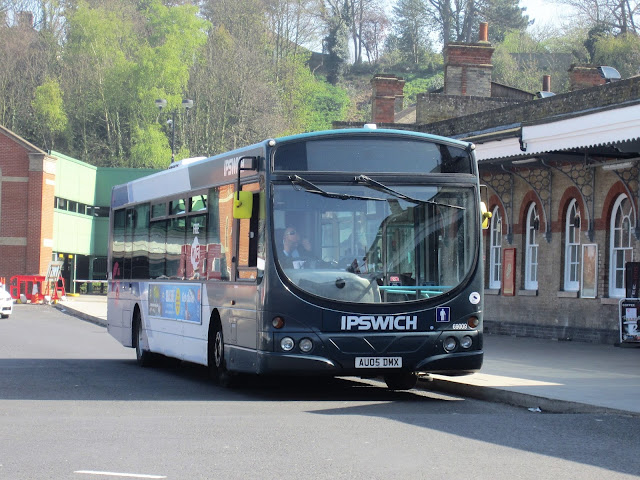 Roy
Posted by eastnorfolkbus at 12:26