This week's Throw Back Thursday means a trip back to Lowestoft's Gasworks Road depot on the 28th February 1995. 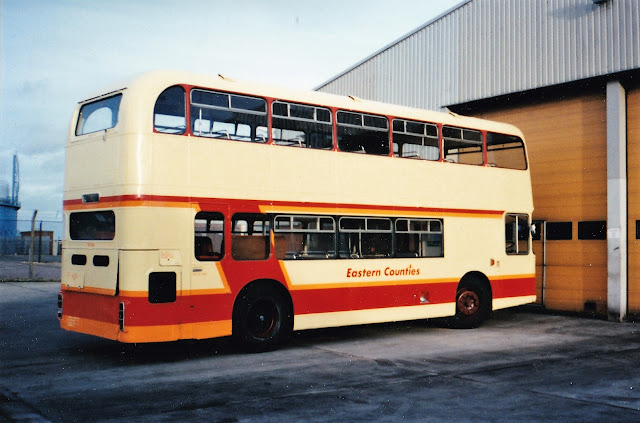 Outside is a freshly painted Eastern Coach Works bodied Bristol VR in the form of JNG54N. New to Eastern Counties in May 1975, it received fleet number VR156.

Other than a photo on Flickr of VR156 leaving Market Gates on a wet April day in 1994, there's no further information about it on the internet. However, the decker was subsequently sold to dealer Ben Jordan of Coltishall for scrap during May 1997.

Roy
Posted by eastnorfolkbus at 09:30