Whilst the three sisters were shopping in Norwich during Saturday afternoon I found myself with some spare time in the city centre. ('We will just pop in here and will call you when we've finished' the better half says) 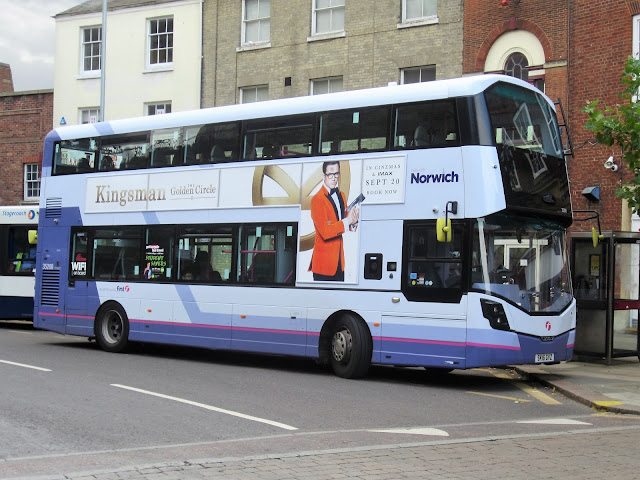 Not much out of the ordinary was seen although there were some interesting workings. One surprise was that First Eastern Counties Wright StreetDeck 35200 (SK16GVG) was noted parked up with the doors open and no signs of a driver at around 4pm. Not a surprise in itself but it was still there when we passed some three and half hours later (with the doors still open) with the intending driver about to board. (I know the First office is more or less 'next door' to it but possibly a security issue here?) 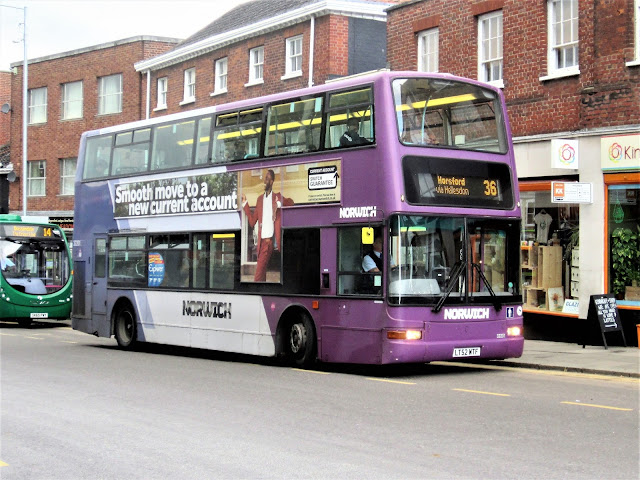 I then renewed my acquaintance with former First Great Yarmouth Volvo B7TL Plaxton President 32201 (LT52WTF). These days it carries First Norwich Purple Line livery and its next journey was the 16:35 service 36 to Horsford. 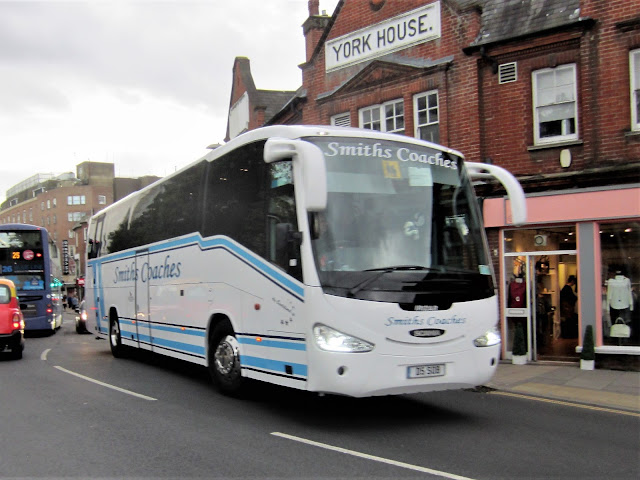 Some photos of interesting independents follow with the first being that of Smiths Coaches Scania D5SOB which is seen on Red Lion Street with a private charter. 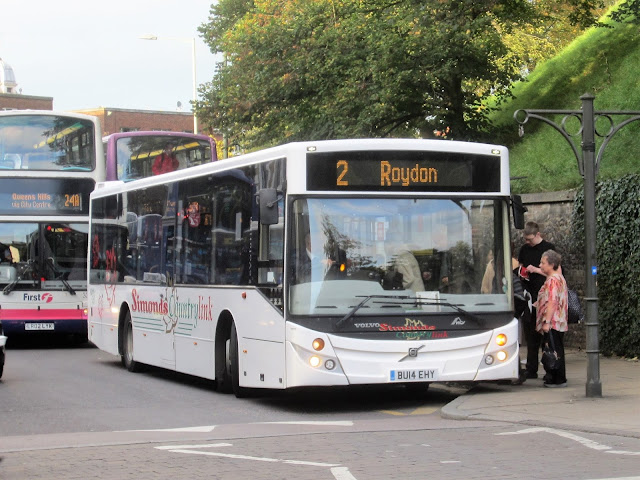 Next up is Simonds' MCV bodied Volvo B7RLE BU14EHY which is about to leave Castle Meadow with the 17:20 Norwich Station to Roydon. The Volvo was acquired from Webberbus following its cessation of trading in May 2016 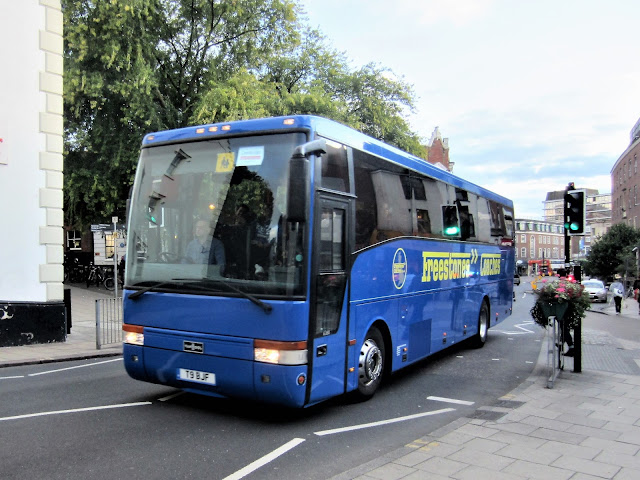 The final offering is that of Freestones' Volvo B10M / Vanhool Alizee T9BJF on an unidentified Megabus service (?) It is thought to be working a delayed service to London Victoria although Cambridge is noted through the windscreen.

Some two hours later I receive the call to say that they had finished shopping - so much for 'popping in' then!

Roy
Posted by eastnorfolkbus at 12:02