With the upgrade of rail signalling work continuing at Great Yarmouth, local bus and coaches continue to provide replacement services. Lowestoft rail services were similarly affected over the weekend. The latest information can be viewed on the Greater Anglia website here. 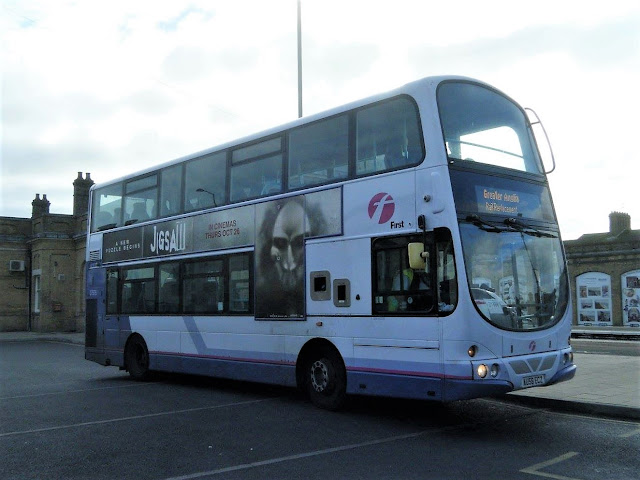 Among the others employed at Lowestoft were First Eastern Counties Volvo B9TL /Wright Eclipse-Gemini AU58ECZ and my thanks to Simon for the use of his photo.