Simon Bartram has sent details of the coaches appearing on rail replacement duties at Lowestoft station yesterday. He also sent photos of the two Sanders coaches working the trips and, at first glance, I thought they were photos of the same coach! 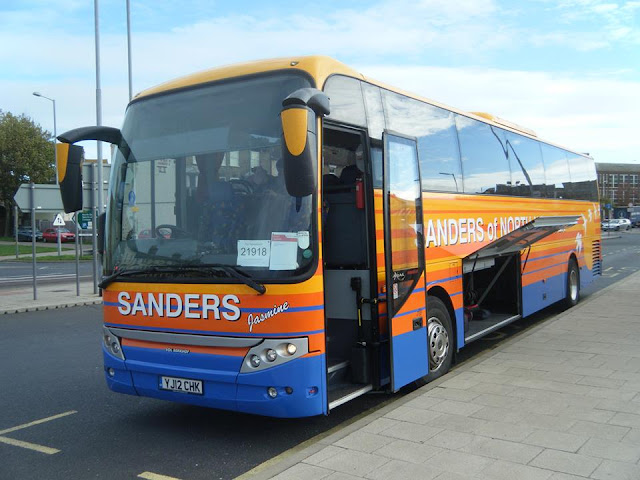 The first was of Berkhof Axial bodied VDL SB4000 YJ12CHK and the second was of similar YJ12CHX. I would bet I am probably not the first to confuse the two and I am sure drivers and depot staff have suffered the same fate! 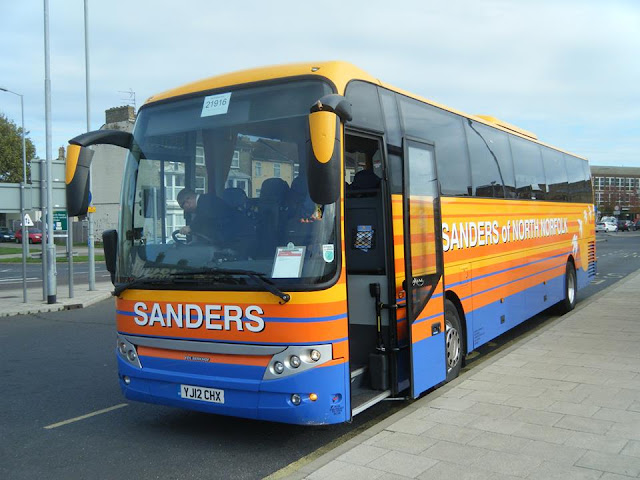 Many thanks to Simon for the information and photos.

Roy
Posted by eastnorfolkbus at 17:06