After a week off Throw Back Thursday returns featuring a coach from the now defunct Neaves of Catfield fleet. 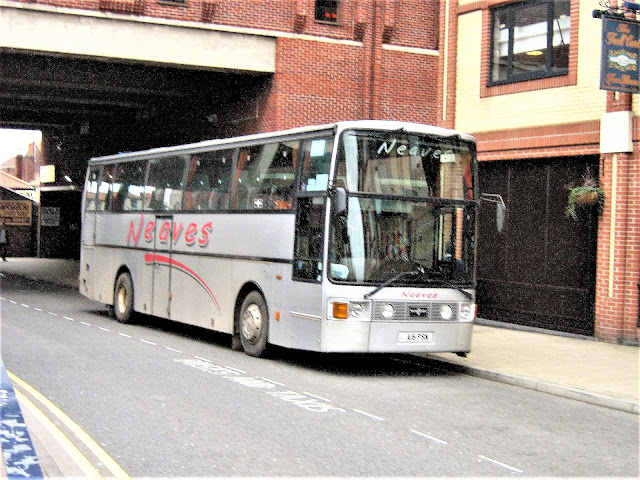 A16PSN is a Van Hool Alizee bodied DAF SB3000 which was new to Smith of Alcester as G976KJX in May 1990. It also saw use with Kings Tours of Colchester in the interim period with Neaves acquiring it in mid 2004. 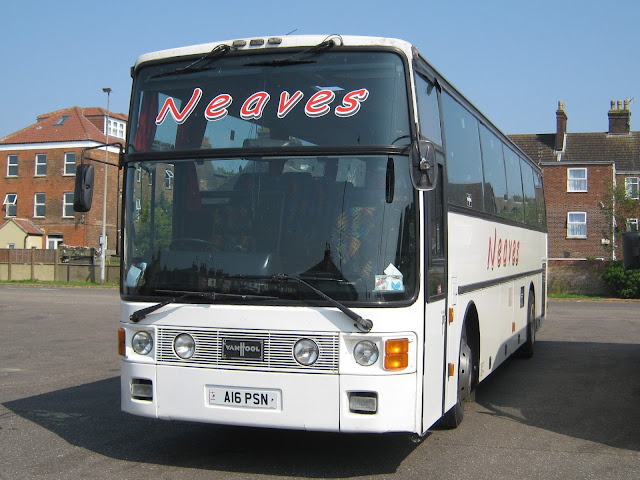 The first photo shows it at Market Gates Bus Station on 12th January 2007 in a silver/grey livery (or was it dirt!) and I earlier reported it repainted into all over white as seen at Beach Coach Station in April 2011. Unfortunately I was completely wrong which can easily happen with vehicles carrying the same registration and body details! They are two different coaches - see the comment below from former Neaves driver Ian Richardson who also provides an update on them both. My thanks to Ian for making the effort to correct the post - really grateful as I don't like publishing rubbish information. (If you seen anything that's not quite right please email me!)

As for Neaves of Catfield, the company was acquired by Sanders Coaches in April 2014 complete with coaches, bus services and staff.