Apologies for the lack of posts over the past few days with the reasons being twofold. Firstly, as highlighted elsewhere, there has been little (or nothing!) to report of late and, secondly, I have spent the last week away on the south coast at Worthing. 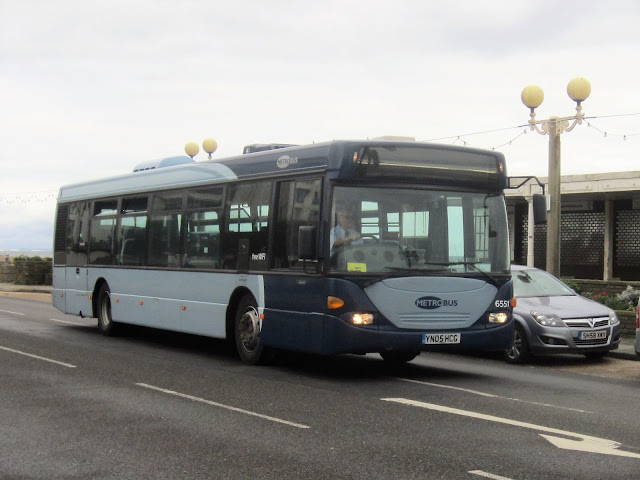 However, what I can bring you is some photos of sightings in Worthing on Monday 9th October. The first features a Metrobus Scania OmniCity on Marine Parade. 6551 (YN05HCG) is arriving on the hourly 23 service from Crawley. 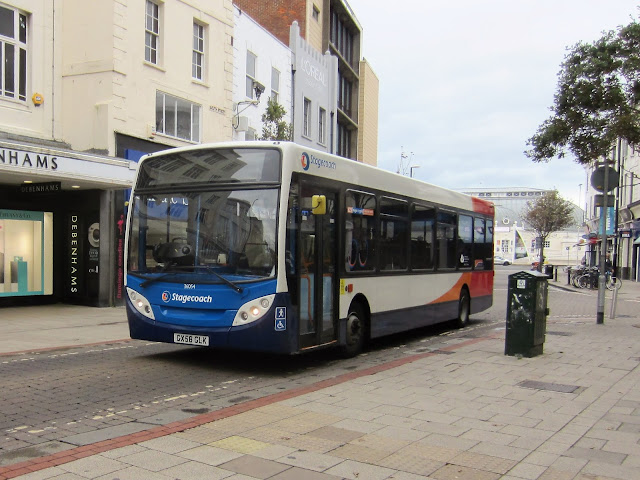 On South Street can be seen Stagecoach South Enviro200 36054 (GX58GLK) which was, at one time, an incumbent of Basingstoke. 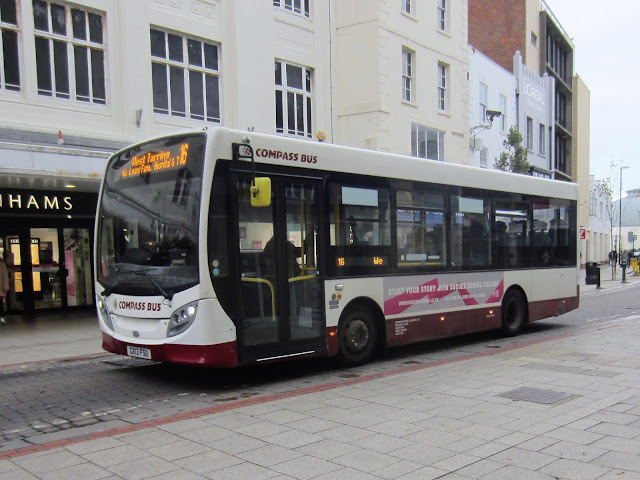 The other bus operator in the town is Compass Bus which was using similar GX13FSU on its 16 route to West Tarring.

Roy
Posted by eastnorfolkbus at 10:08