In late May last year I reported that one time First Great Yarmouth Plaxton President bodied Trident 32809 T809LLC had been towed to Bawburgh Village School, west of Norwich. 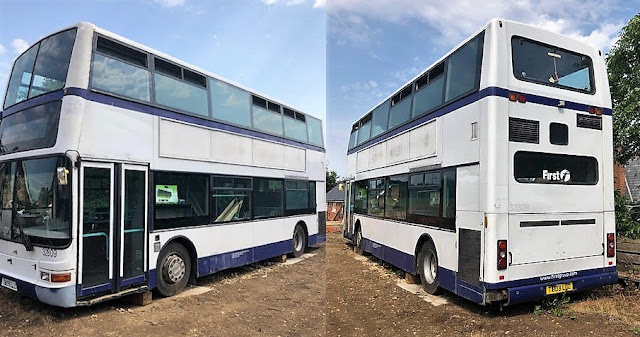 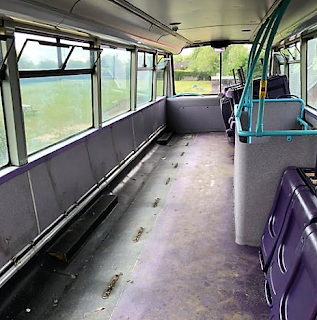 Courtesy of LiamS I have some subsequent pictures of the decker at the school showing that all seats have been removed as the plan is to convert into use as a school library.

T809LLC first saw use in Great Yarmouth in early November 2017 after transfer from Norwich. It was needed to help cope with an increase in Bernard Matthews contract work in the lead up to Christmas. It was withdrawn the following February prior to returning to the city for use as a driver trainer during April 2018.

My thanks to LiamS for sourcing the photos and to the school for allowing them to be published.

Roy
Posted by eastnorfolkbus at 11:14