Continuing our occasional series of looking back at photos taken during the same month ten years ago. The second part of the month was fairly quiet as far as the number of photos taken are concerned. I spent a couple of days photographing buses in the Manchester and Oldham area during a stay with my daughter at the latter. 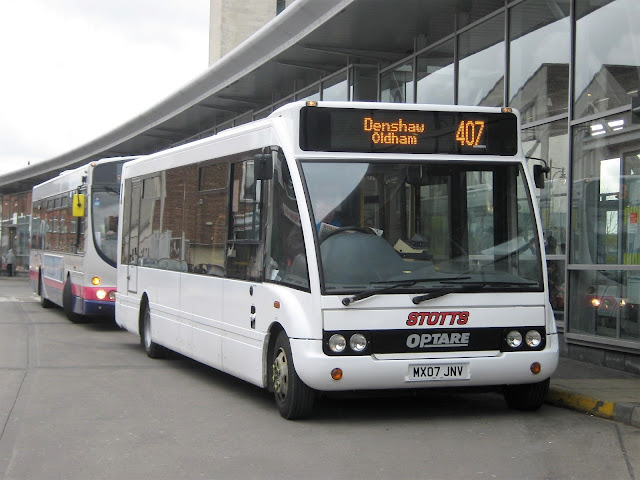 This first picture is of an Optare Solo M950 at Oldham Bus Station on the 15th March. MX07JNV was with Stotts of Oldham but was new to Morrison of Whiteness in April 2007. It left the Shetlands for the Lancashire independent in 2009 and was then loaned to Anglianbus becoming their 332. It was then sold to Go Ahead Damory in 2011 and later gained the red and blue More colour scheme. 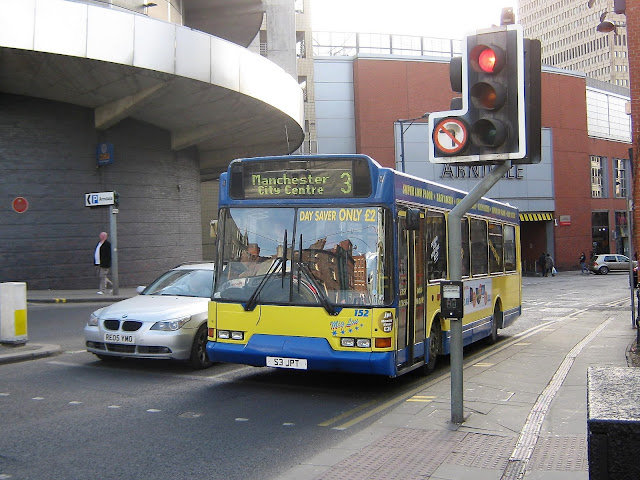 The following day a trip to central Manchester occurred and I snapped Dart SLF S3JPT operating for JPT Bus Company in their yellow and blue colours. The only link to our area is that First Eastern Counties acquired four JPT registered Darts which were prepared for service at Great Yarmouth prior to seeing use at Lowestoft. The Greater Manchester operator ceased trading in April 2014 with the business acquired by Stagecoach Manchester. 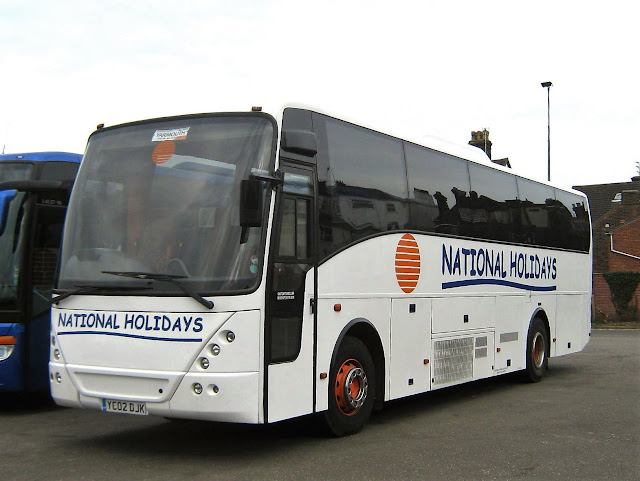 Only two further photos were taken during the remainder of the month with the first of them being National Holidays' YC02DJK  resting at Great Yarmouth's Beach Coach Station on the 24th. 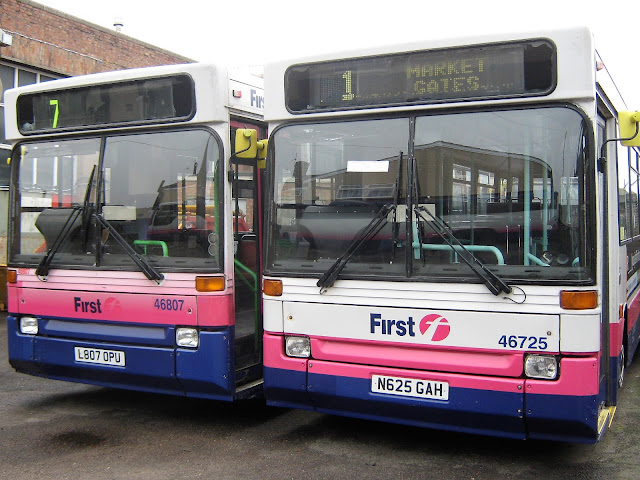 The final one shows two Dennis Darts in the rear yard of First's Caister Road depot and, by the note on both windscreens, they seemed to have completed their last revenue earning services. L807OPU first saw use with Eastern National in May 1994 whilst N625GAH began its Eastern Counties career in August 1995. The view is dated 29th March

Roy
Posted by eastnorfolkbus at 11:24