Two former Scottish Volvo B9TLs were active on Lowestoft town services earlier today. 37142 SN57HDC was photographed by Andy Swan on the 101 route. Meanwhile, similar 37141 SN57HDA was employed on the 99 service. 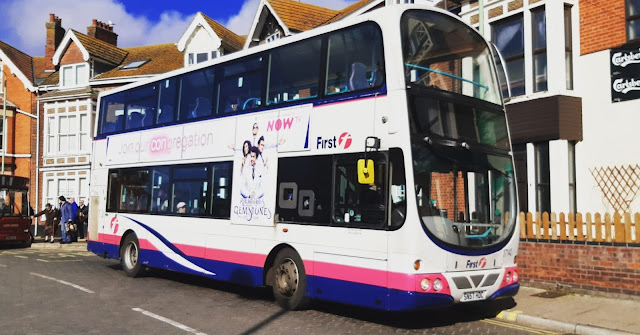 Both arrived at First Eastern Counties' Caister Road depot from Midland Bluebird in April 2017. They are now allocated to First Lowestoft.

My thanks to Andy for the photo and report

Roy
Posted by eastnorfolkbus at 16:17