Where Are They Now? ~ AU06BPF Updated 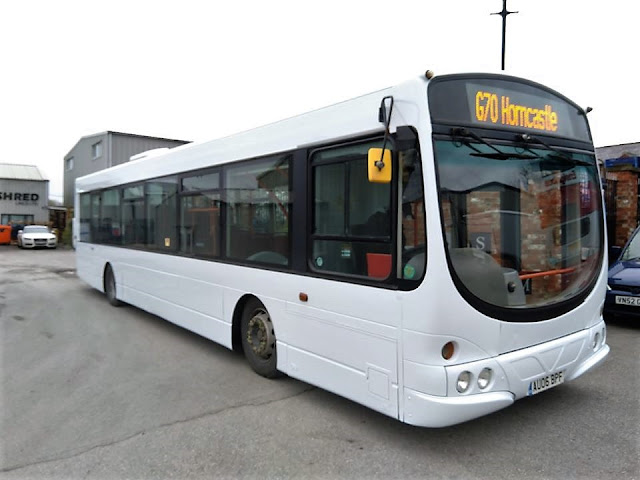 The Volvo B7RLE/ Wright Eclipse Urban was purchased from Blackpool Transport and has subsequently been repainted in all over white by PCR Bodyworks of Horncastle. 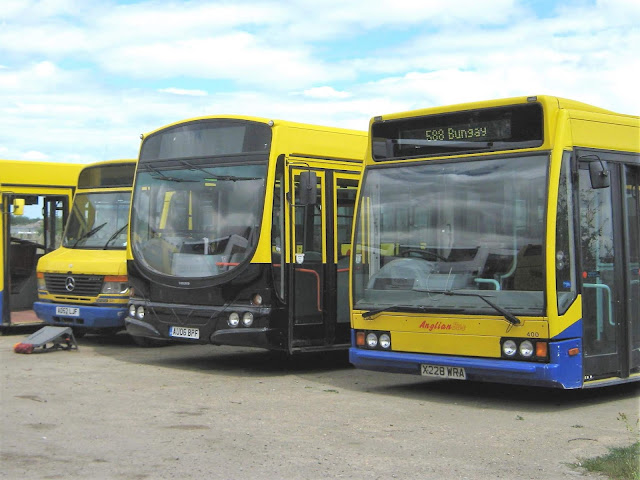 My last sighting of the bus was during a depot visit to Anglian's Ellough premises in July 2010 when it was being prepared for its move to Blackpool.

My thanks to PCR Bodyworks for consent to use their photo.

All of the five former Anglianbus AU06 batch have now been sold by Blackpool Transport and the disposal details for the the remaining four are:-
AU06BOV to South Lakes Travel of Barrow in Furness

My thanks to Paul for the update

Roy
Posted by eastnorfolkbus at 07:14