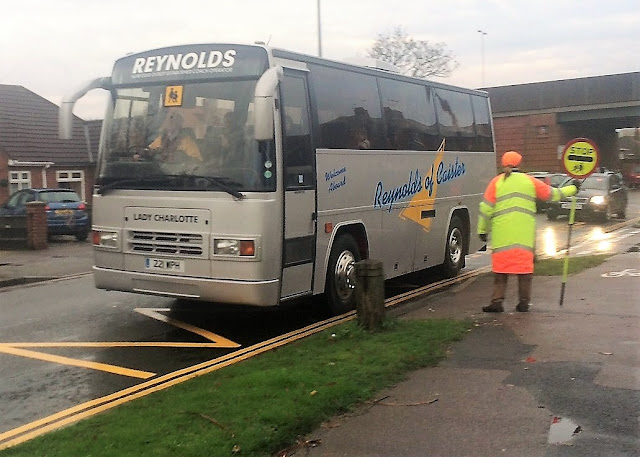 The 35 seated Plaxton bodied Dennis Javelin was new to Woodward of Glossop in June 1989 as F740MVR and was later re-registered as 221WPH. It was then acquired by Reynolds in early 2008 and named Lady Charlotte. The coach was still going strong when I photographed it on a schools duty on Burgh Road in Great Yarmouth during November 2016.

John Wakefield tells me it was subsequently acquired during January 2020 by preservationist Robert Lamsdale who intends to  restore it to Reynolds livery. It is now based in the Wolverhampton area. My thanks to John for making me aware of its preservation and to Robert for the additional information

Roy
Posted by eastnorfolkbus at 10:48