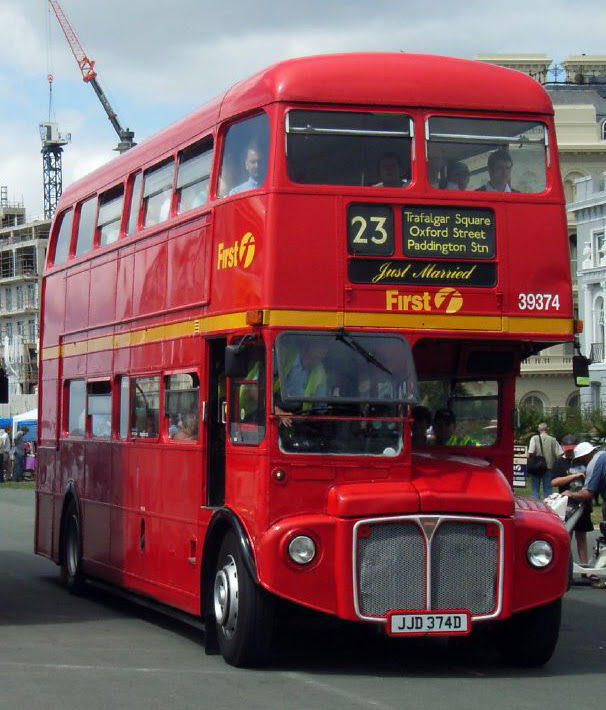 It was JJD374D, formerly First 39374 in the First Devon & Cornwall fleet, and was displaying Private Hire on the destination screen

The 1965 Routemaster was delivered new to London Transport as their RML2374. It was employed by LT until 1994, when it was privatised as part of the CentreWest fleet which was later bought by FirstGroup

In April 2004 RML2374 was transferred to First's Devon & Cornwall subsidiary, where it operated Park & Ride services. A private individual acquired her in July 2007

Unfortunately Zak was unable to get a photo but one of JJD374D is reproduced here under the creative commons licence.

This photo of her was taken at a bus rally in Plymouth, Devon by Graham Richardson
Posted by eastnorfolkbus at 09:53