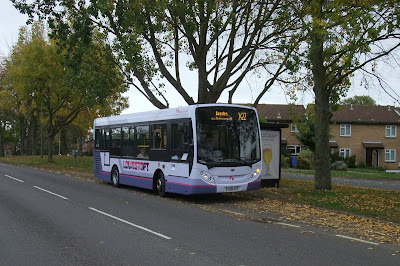 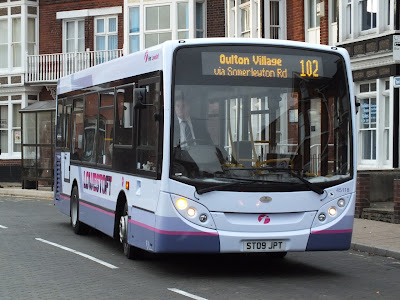 service in Long Road, Lowestoft, with a second Enviro (45118 ST09JPT) also appearing on the route during the afternoon

The arrival of the three Enviro 200s in the town has not caused any Lowestoft Darts to be withdrawn, as yet!

I have already reported the move of  42451 R451CCV to Great Yarmouth but Syd also adds that two others are currently out of use pending repairs and may not see further service. They are MPD 43359 V359DVG and SLF 43435 P435NEX

My thanks to both Syd and Grahame for their photos which are copyrighted.
Posted by eastnorfolkbus at 12:50