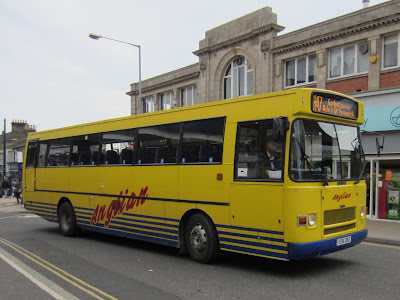 My Dart followed it into the Market Gates Bus Station and it was parked in a great position for a lovely picture; but I was otherwise gainfully employed listening about a friend's USA holiday! However, I did manage to get a picture of the bus on the return working from Norwich. CSK282 was acting a replacement for Scania R82EMB which broke down in South Walsham on the 731 service earlier in the day. The vehicle on the 731 normally then continues on to work the A47/X47 service. The Scania had resumed its duties by mid-afternoon. 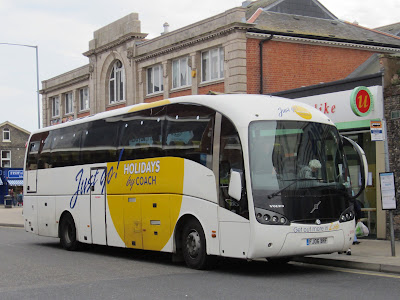 On completion of the lengthy holiday tale, I was passed by Ambassador Travel's Volvo B12M/ Sunsundegui 251 FJ06BRF 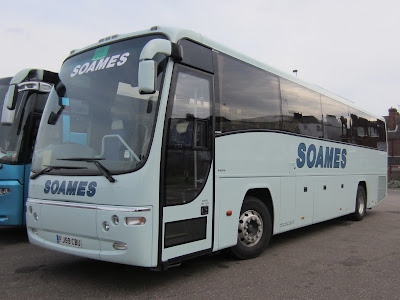 the ASDA name; it was being employed as the ASDA Shoppers bus!

It made at least two return journeys until around midday when the normal Optare Solo was seen on the route. 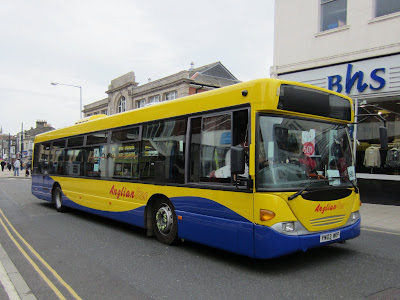 Whilst she has now received AnglianBus branding she has yet to have the destination displays working.
Hence, the white card displaying 601!

My thanks to Joe at Norwich Bus Page for the additional info.
Posted by eastnorfolkbus at 18:56