As referred to previously, I spent a few days in Gloucestershire at the beginning of October primarily to assist my wife's search of family history information at the Gloucester Family History Centre


Preliminary searches revealed a family link with the market town of Dursley, located just off the M5 some 12 miles south of Gloucester.
So armed with a camera we went to record important locations (and bus activity too!!) on the 1st October 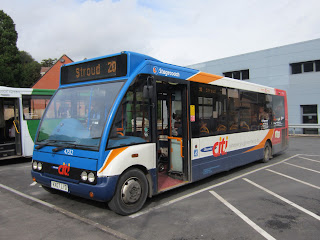 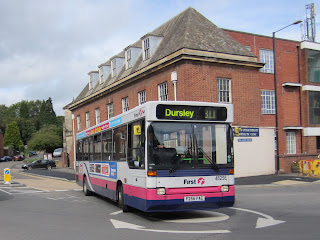 Having negotiated our way through the school buses and finding our way to the central area we decided not to stop and continued onto Cirencester through continuous wet weather.

The first bus noted was another 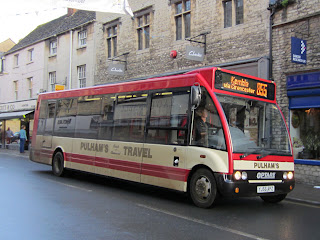 As we continued our wanderings along Castle Street, we were passed by Pullham's Travel Optare Solo M950SL YJ56APZ on the 855 to Kemble 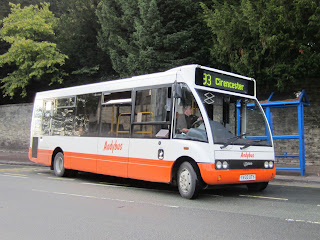 bus blog of the same name!!

It was yet another Solo - YV03UTY of  the M850 variant in the operator's orange and white colour scheme.

This independent is registered as Andrew James (!) and is based in Malmesbury, Wiltshire

Day two report coming up soon
Posted by eastnorfolkbus at 22:19