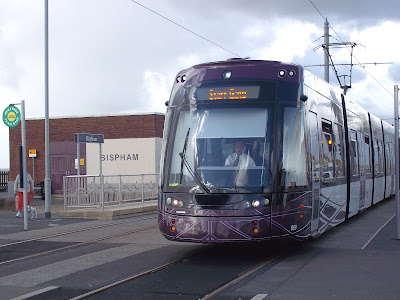 For something completely different, let's take a look at what's happening in one of Great Yarmouth's competing seaside resorts - Blackpool

Rob Collins spent a few days there in mid-September in typical British summer weather which was not all that conducive to taking good photographs.

The first picture is of one of the newly introduced Bombardier 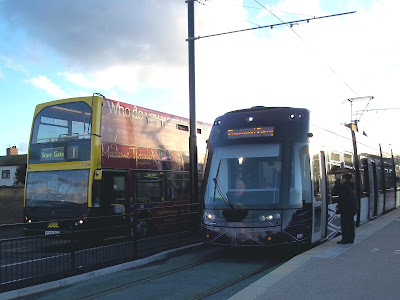 Rob reports that in 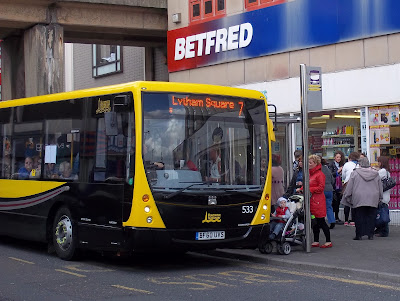 addition to the poor weather, buses had to negotiate the many roadworks in the town with them being sent all over the place!

My thanks to Rob Collins for his photos
Posted by eastnorfolkbus at 11:00