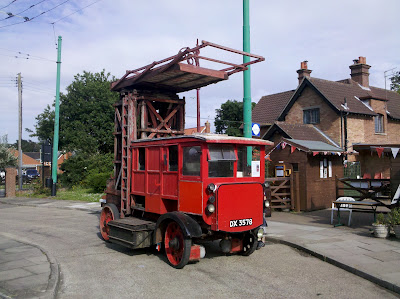 Work began on the restoration of 1922 built DX3578 during the summer with the first job being to top up and charge the batteries. 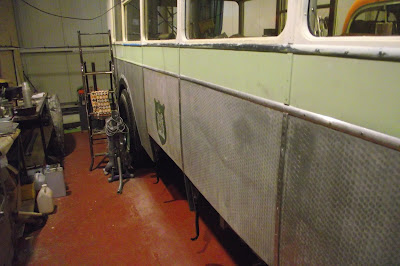 Chilvers reports that after 46 years they are still ok! It can do up to 22 laps of the Museum site.

The plan is to have a Suffolk Day next year with Ipswich Transport Museum's Trolleybus 105 operating and various "Suffolk" built or operated vehicles.

My thanks to Neil for the report and photographs. My apologies also for the non - appearance of Neil's photos in my initial posting!
Posted by eastnorfolkbus at 15:00