Half Hour In Worthing

Early yesterday afternoon I spent around half an hour observing bus activity in the central area of Worthing, based on South Street 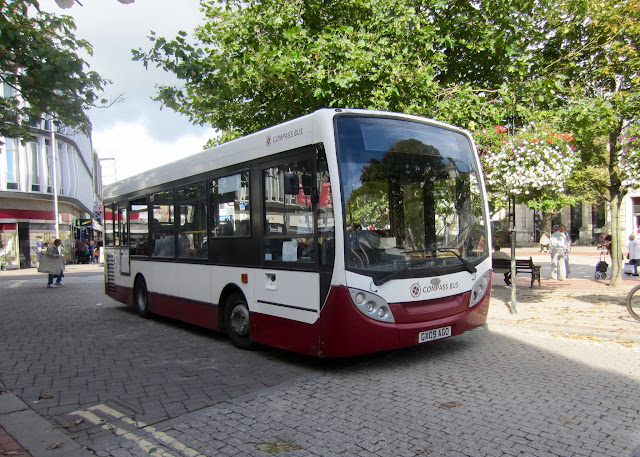 At around two o'clock Compass Bus Alexander Dennis Enviro 200 GX09AGO became the first subject for the attention of my camera. It was nearing the end of its service which terminates in South Street 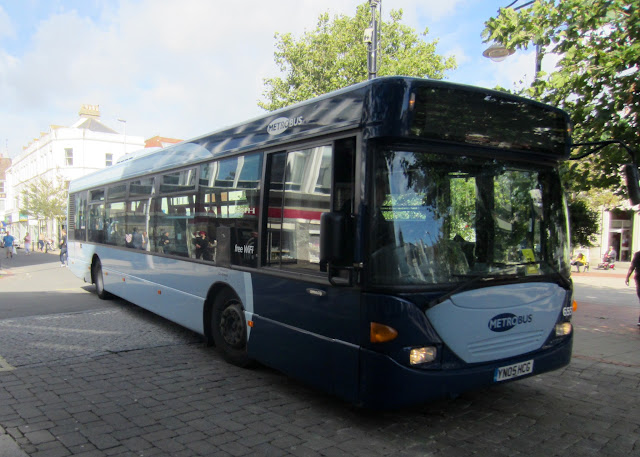 Following closely behind was Metrobus Scania OmniCity YN05HCG on a service 23 from Crawley. The vehicle is similar to that currently employed by Anglianbus. It was a joint winner in the Best Go-Ahead Modern Vehicle category at Showbus in 2005 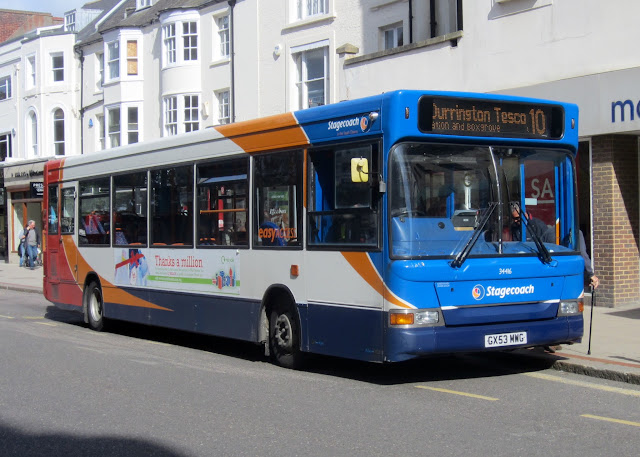 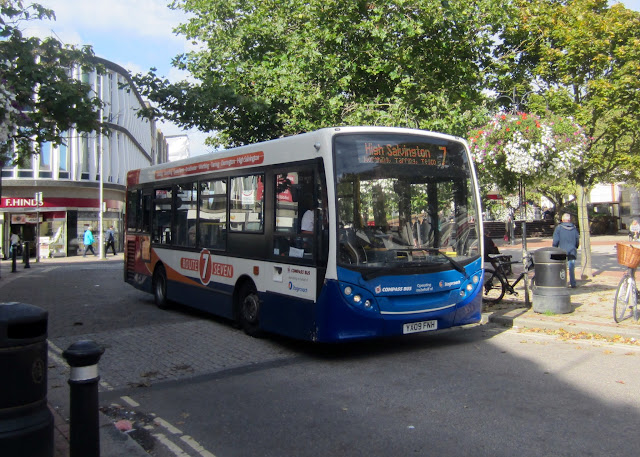 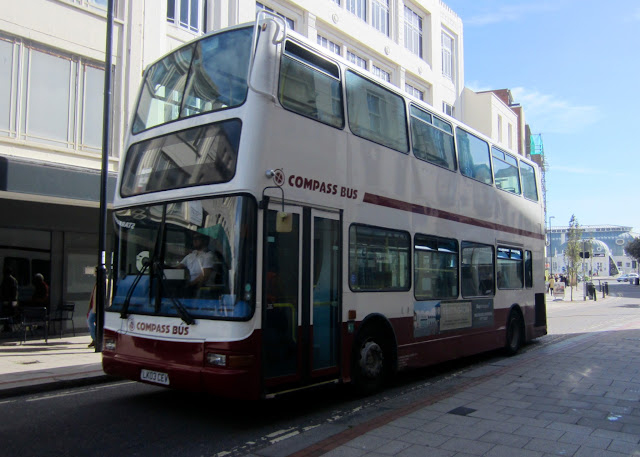 Lastly a Compass decker is about to take up its next duty. LK03CEV is a Transbus Trident formerly with Metroline

Roy
Posted by eastnorfolkbus at 14:03