Just to let you all know that I arrived back in Norfolk last night after a week away on the south coast. To prove it I thought I would photograph this morning's Sanders decker on the 6 from North Walsham. Unfortunately the sun wasn't playing ball which resulted in this poor quality photo. Apologies for the picture quality but even I don't posses super power to move the sun! 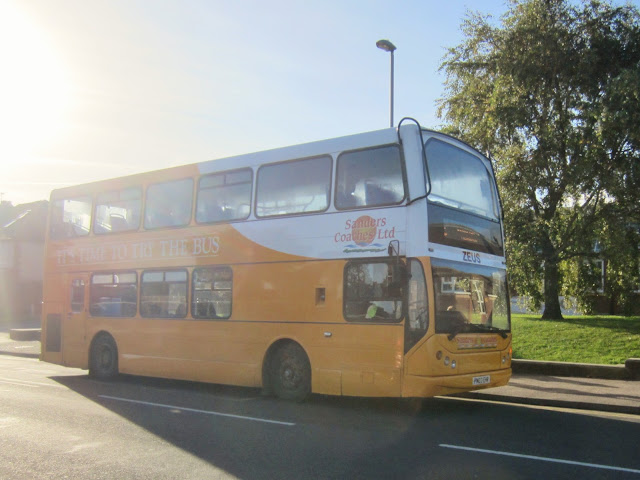 Roy
Posted by eastnorfolkbus at 09:46