After Joe Leathers Watson's contribution to the Our Bus 730 post of last week, he undertook to identify and photograph three recent newcomers to the fleet 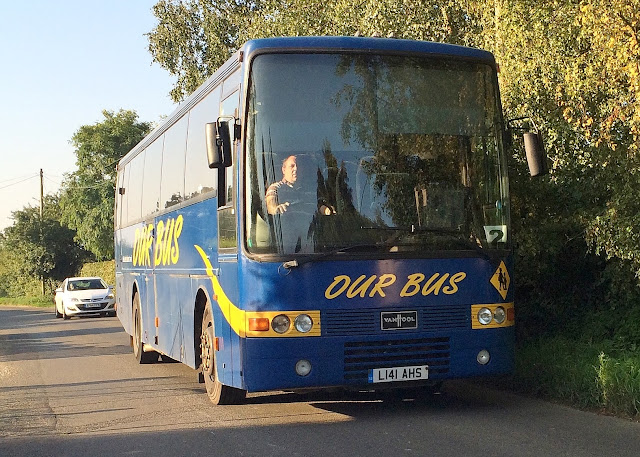 Joe saw two of them early yesterday morning at the operator's South Burlingham depot with the first being Van Hool Alizee bodied L141AHS. It was formerly with School Bus of Oxfordshire and it was still retaining it's previous operator's blue livery. It is pictured returning to the depot after completing Thorpe School duties 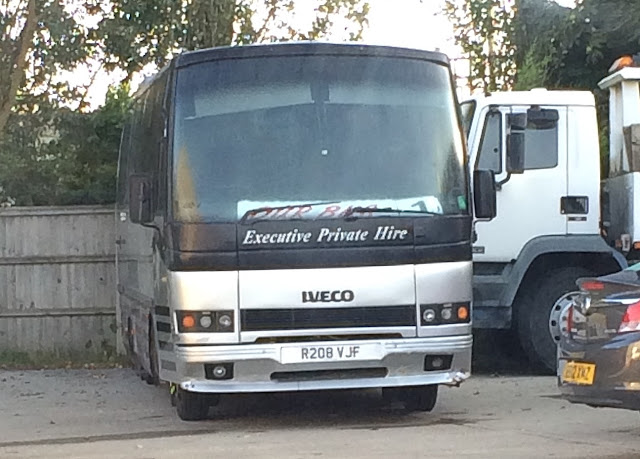 The second vehicle is a silver and black liveried Iveco with the registration of R208VJF which was previously with Hayletts Midicoach of Kettering. It has also seen use with Downton Mini Coaches 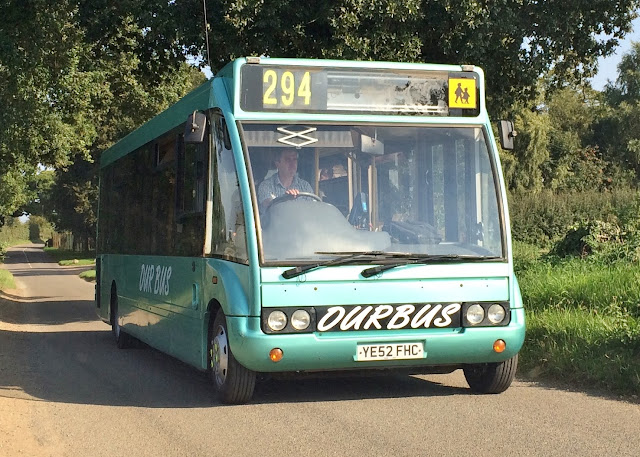 'The last one' says Joe 'was a pleasant surprise as it is a former East Lothian Council Optare Solo YE52FHC. The picture shows it passing through Thrigby on service 294 to Norwich during yesterday morning. Apparently it has been nicknamed 'Kermit' by the staff.'

My thanks to Joe for the information and photos. This was an easy post to put together as Joe had provided all the information required; obviously he has not forgotten his blogging days when he founded Norwich Bus Page!

Roy
Posted by eastnorfolkbus at 11:45