Sunday in the Sun at the Seaside 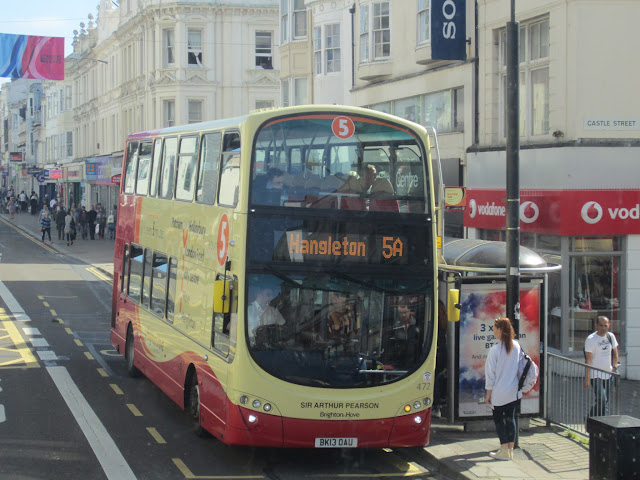 We travelled in from Worthing on a Stagecoach South Enviro400 working service 700. We were sitting close to the front window on the top deck and that was from where I took the first photo of Brighton & Hove's Volvo B9TL/Wright Eclipse Gemini 472 BK13OAU which carries the company's generic livery whilst sporting branding for service 5 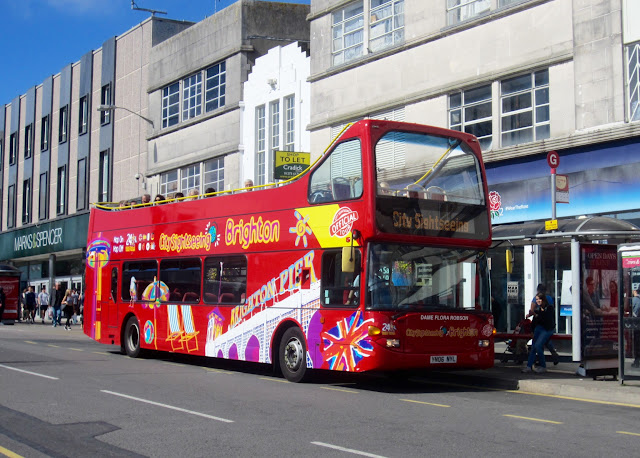 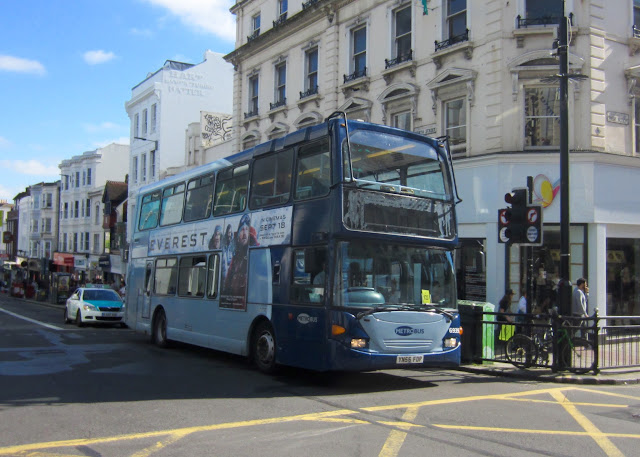 Next up is a picture of a Metrobus decker 6939 YN56FDP working into Churchill Square to pick up its next duty. The Scania N94UD was new in October 2006 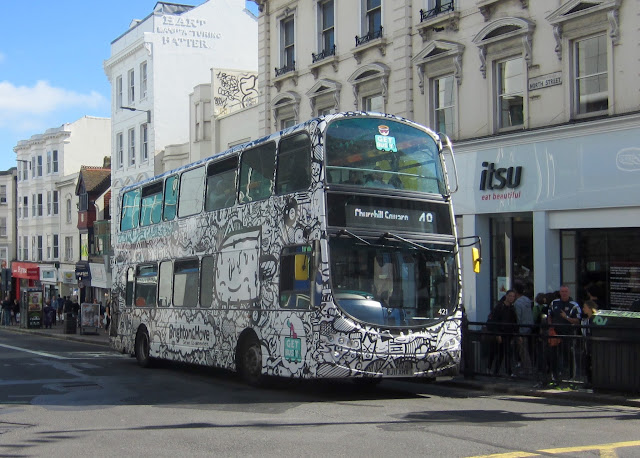 Brighton & Hove also have some deckers in non standard livery and this is black and white Volvo Wright Gemini 421 BJ11XHX. It was formerly named 'Sir Norman Wisdom' but was painted for the Brighton Fringe Festival 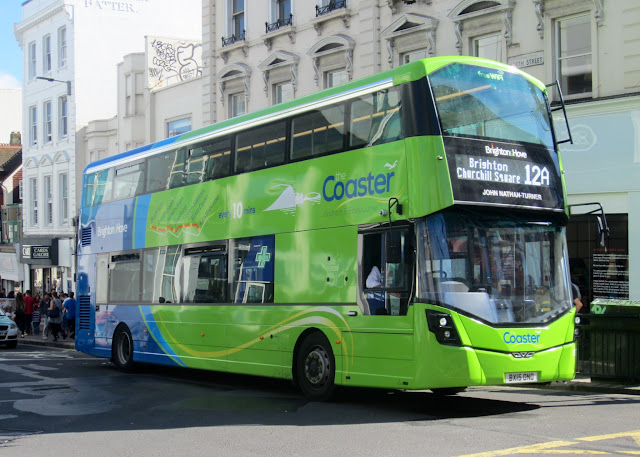 Finally a photo of one of the new kids on the block, Brighton & Hove's 'Coaster' branded Wright Streetdeck, 937 BX15ONO pictured on North Street

Roy
Posted by eastnorfolkbus at 18:17