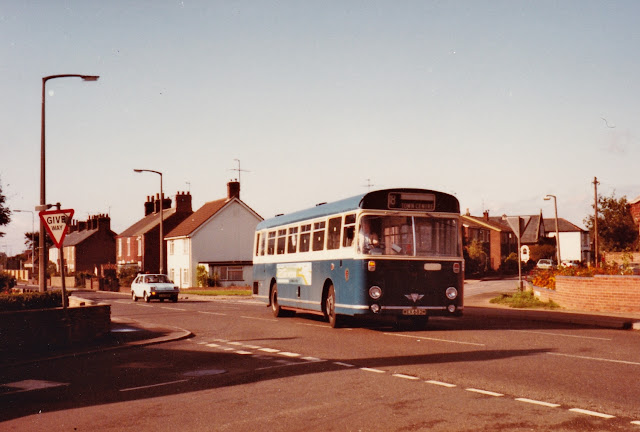 The first bus concerned is Great Yarmouth's 82 WEX682M, sister to preserved 85 owned by Messrs Speed and Beales. The photos show 82 on service 18 which connected the village with Gorleston High Street and Great Yarmouth Town Centre in the early 1980s. The Reliance is shown on Beccles Road about to turn into Long Lane 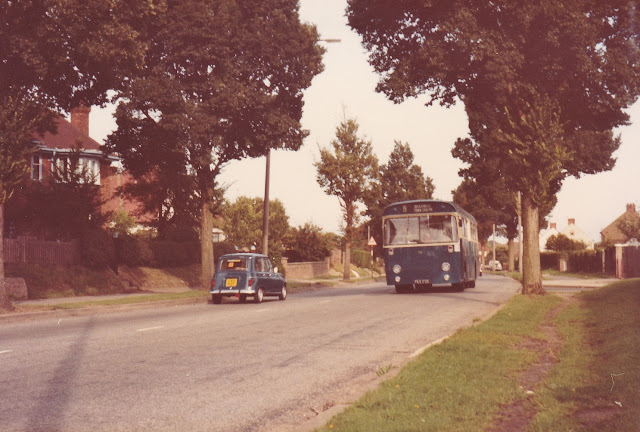 The second picture is of the return working by Great Yarmouth's 72 PEX172K which was a direct Town Centre to Bradwell service 19 pictured on Beccles Road. It was shortly after these photos were taken that the two routes were separated and rerouted

The 18 then became a Town Centre to Bradwell service, operating via Southtown Road, Gorleston High Street, Crab Lane and Beccles Road to its terminus in Green Lane at St Nicholas Gardens. The 19 was routed from Beccles Road via Crab Lane, Selwyn Road and Brasenose Avenue before reaching its destination at the then District Hospital. The 18 was run every hour whilst the 19 was to a thirty minute frequency

Meanwhile, WEX682M was an AEC Swift 3MP2R with an Eastern Coach Works B43D body and was purchased new in October 1973. PEX172K was a 3MP2R variant with Willowbrook B43D bodywork and was new in January 1972

Roy
Posted by eastnorfolkbus at 10:38