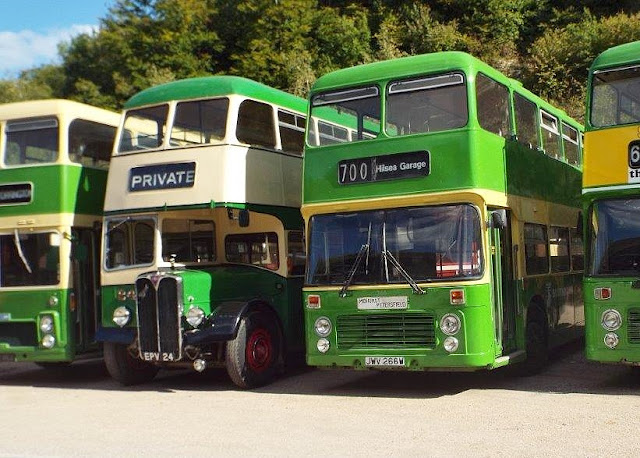 As to be expected, many Southdown vehicles were in attendance but a foreigner was in the midst and mixed in well in its similar colour scheme. It was non other than Ipswich Park Royal bodied AEC Regent III No 24 EPV24 hiding amongst the VRs! It was entered by Peter Culverwell and is thought to reside somewhere in the south - it was also at the Worthing Bus Rally a couple of years ago

My thanks to Colin for the photo and report

Roy
Posted by eastnorfolkbus at 09:32