After a week away, Throw Back Thursday returns and we continue with the Great Yarmouth AEC Swift theme 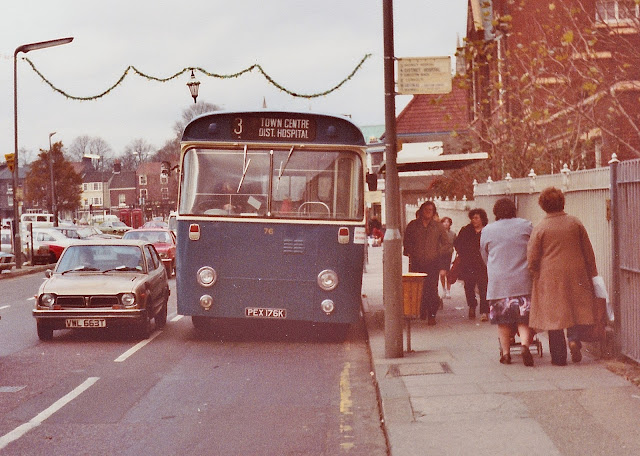 Today I choose this photo of Willowbrook bodied AEC Swift 3MP2R PEX176K without being aware of its subsequent history. Numbered 76 in the Great Yarmouth fleet, it was new in January 1972 and is shown on service 3 to the District Hospital

The photo was taken of it in November 1982 on the east side of the Market Place, outside the old Hospital School. This was the last month that bus services were able to use this road as the area was closed for pedestrianisation work to begin

What became of 76? Well  it subsequently became a traveller home for 'Twig and Donna' who christened it the 'Slug Bus' when photographed during 1990 which can be viewed HERE still in blue

It was later acquired by 'Beamie' who repainted it in 'Total Resistance Artwork' and used it as part of the Total Resistance Sound System. Its artwork was captured on film at the Festival Eurokapean held in Belfort, France during July 1996 which can be seen HERE

Roy
Posted by eastnorfolkbus at 10:29