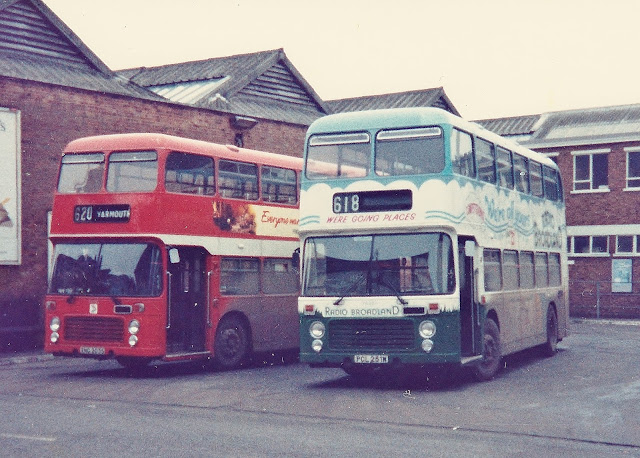 The photo shows two Eastern Coach Works bodied Bristol VRTSL6Gs awaiting their next duty. On the left is XNG203S which was new to the company in March 1978. As VR203 it spent some time allocated to the town before being withdrawn in 1999 and sent to Ben Jordan, dealer, for scap

PCL251W, was purchased by Eastern Counties September 1980 and during its time with the company received many advertising liveries including this one for then local independent radio station Radio Broadland (now Heart). It has also received liveries for local attraction The Living Jungle, the Eastern Evening News and the Lathams Shoppers Bus. It was withdrawn in May 1998 prior to acquisition by dealer Stephensons of Rochford, presumed for scrapping

Roy
Posted by eastnorfolkbus at 09:52