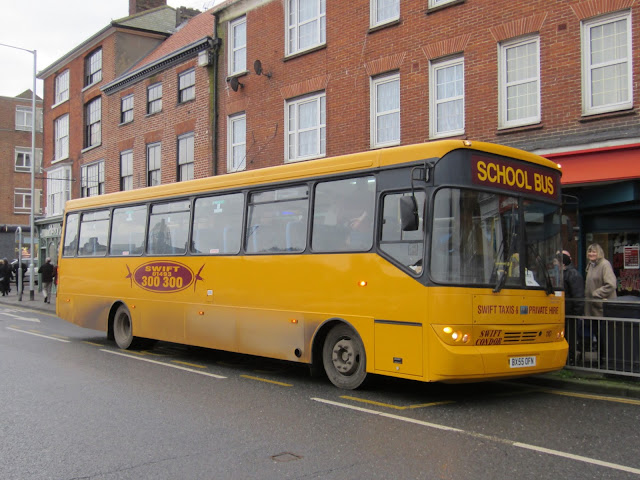 The latest is its BMC Falcon 1100 FE schoolbus BX55OFN, new to the company in February 2006. It subsequently received fleet number 110 and named Swift Condor. It has just had its engine rebuilt although its MOT expired at the end of last month.

My thanks to Joe for the heads up

Roy
Posted by eastnorfolkbus at 09:28