Saturday In The City

Saturday meant a flying visit into Norwich City Centre with the other half needing some shopping therapy. This allowed for a couple of short periods of observing activity in the city centre.

We travelled in from Thorpe on one of the new StreetLites with 63321 dropping us off in Castle Meadow where we headed for the market for a cuppa and a roll on Reggie's tea stall! 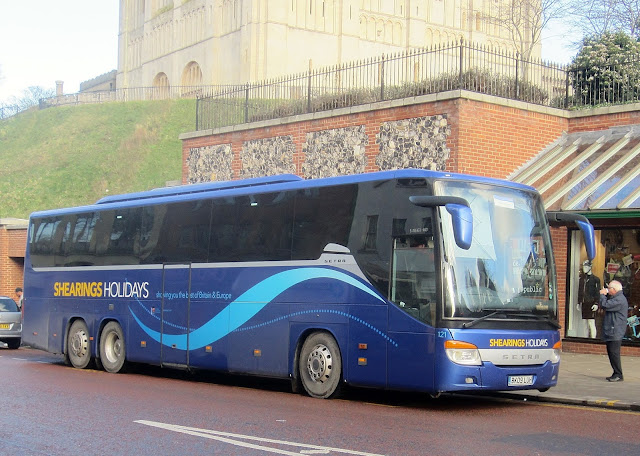 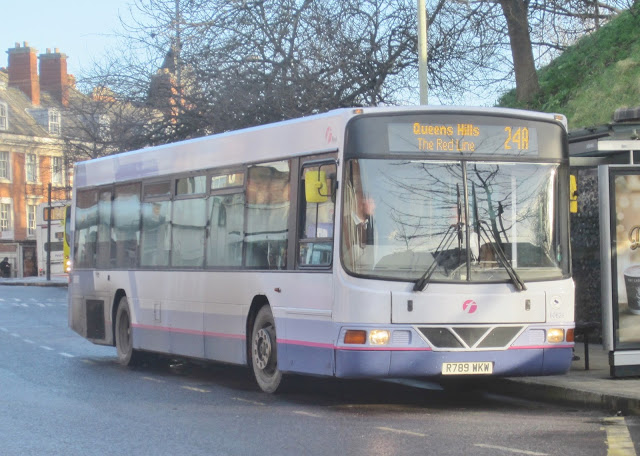 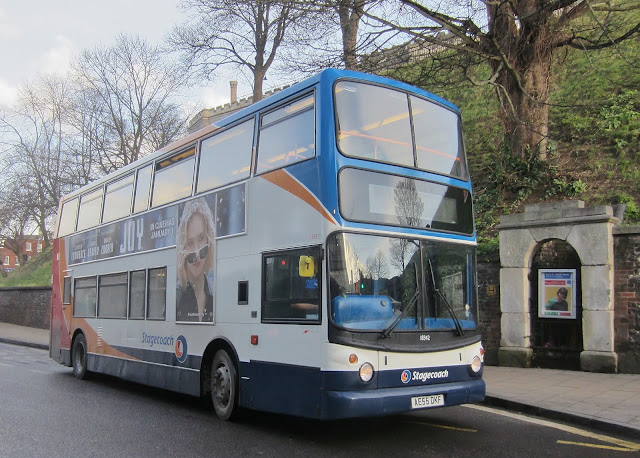 The second session brought more interest though with my first sighting and photo of a Stagecoach liveried decker in Norwich. It was former Cambridge based ADL Enviro400 bodied Trident 18342 AE55DKF on the X29 from Fakenham. 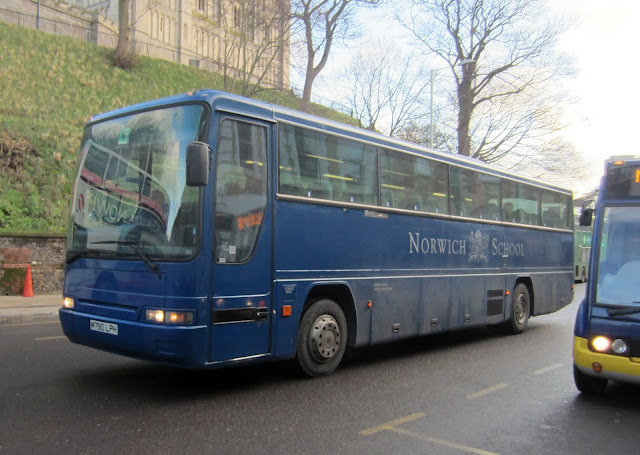 Roy
Posted by eastnorfolkbus at 11:19