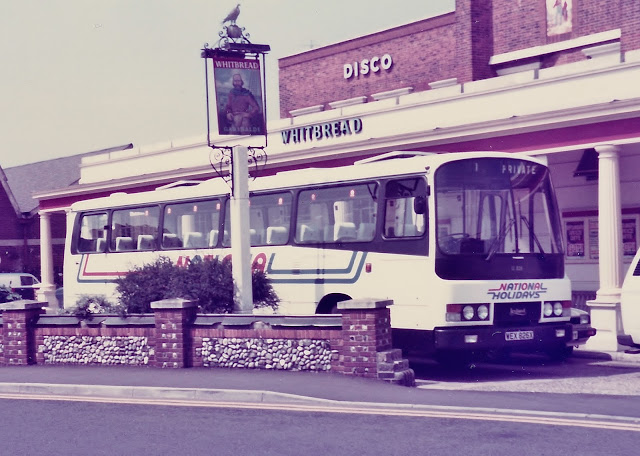 WEX826X is an Eastern Coach Works bodied Leyland Leopard (a PSU3G/4R to be precise!) which was new to Eastern Counties in March 1982

After a couple of years with 'Counties', in National Holidays livery, it moved on to Cambus. Subsequent operators were Rowe of Mulkirk and Goodwin of Eccles. It was last heard of when it joined Tamworth based Invincible Coaches during August 1999

The photo was taken outside the Garibaldi Public House on St Nicholas Road in Great Yarmouth during May 1983. It was unusual to see a 'local' coach laying over there as the nearby Coach Station was only a few hundred yards away. (Although at the time it was not uncommon for coaches to park on the pub's adjoining car park)  As for the Garibaldi, it has long since disappeared to be replaced by housing