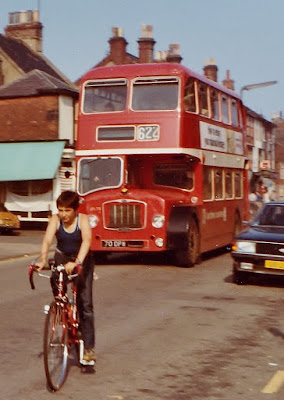 Its back to Eastern Counties for this week's Throw Back Thursday

Today's subject is 70DPW, an Eastern Coach Works bodied Bristol FS5G. Having a H33/27RD configuration, it was new to 'Counties' in December 1963 and became LFS70 in the fleet

I am unable to find much history about 70DPW on the internet, apart from that it spent a fair amount of time allocated to Cambridge being noted there in June 1969 and October 1975. The photo was taken in the early 1980s when it was based in Great Yarmouth and is seen working the 622 to Hemsby Beach

Roy
Posted by eastnorfolkbus at 10:00