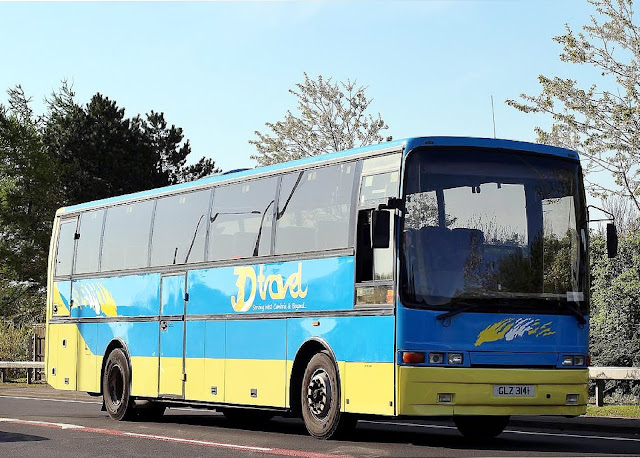 The firm trades as 3D Travel and I am now pleased to bring you a photo of the Volvo in the operator's blue and yellow livery with the kind permission of Mark Egdell. The photo shows GLZ3141 heading north along the A595 road at Egremont returning to base after dropping children off at school - a similar service it provided when with Swift 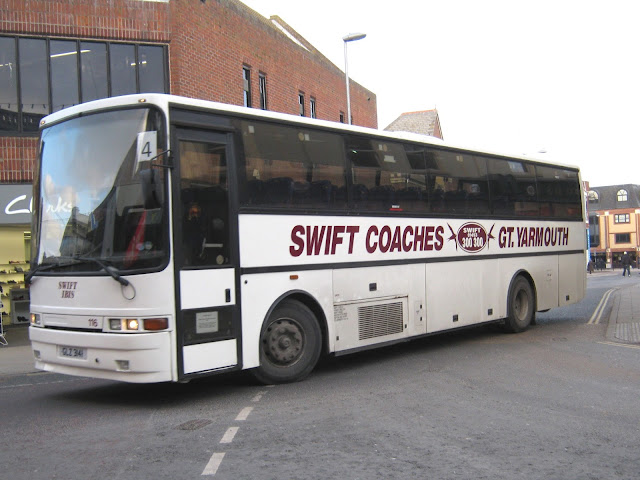 GLZ3141 was formerly registered M733KJU and, along with sister M734KJU, was new to Dun Line of Nottingham in March 1995. Both were acquired by Swift Taxis in September 2006 with the former gaining the name Swift Ibis and fleet number 116

My thanks to Mark for the use of his photo

Roy
Posted by eastnorfolkbus at 17:20