The next in our Revisited series goes back to 2006 and a trip to a sunny Ipswich in June of that year. Armed with my trusty Canon Powershot S80 I drove down the A12 to capture the latest happenings in the Suffolk town. 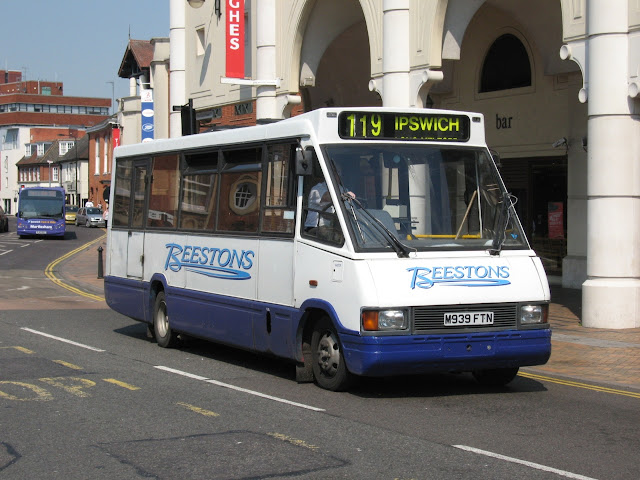 First up is Beestons of Hadleigh's Optare Metrorider M939FTN working the 119 service into Ipswich. It was new to Sunderland & District which became part of Go North East. It left Beestons in late 2006 and passed to Zeebus in Canterbury. 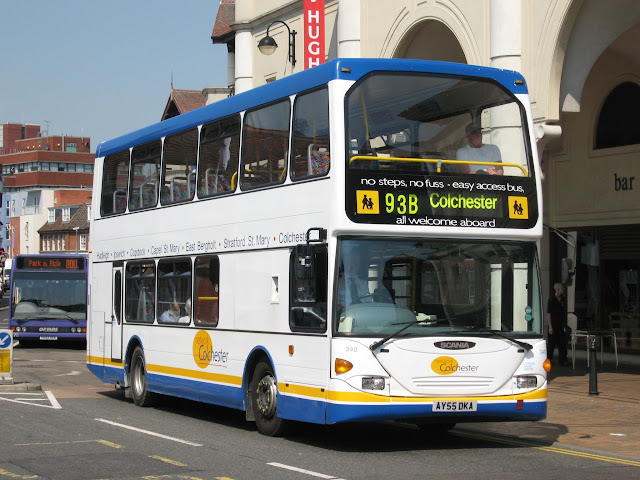 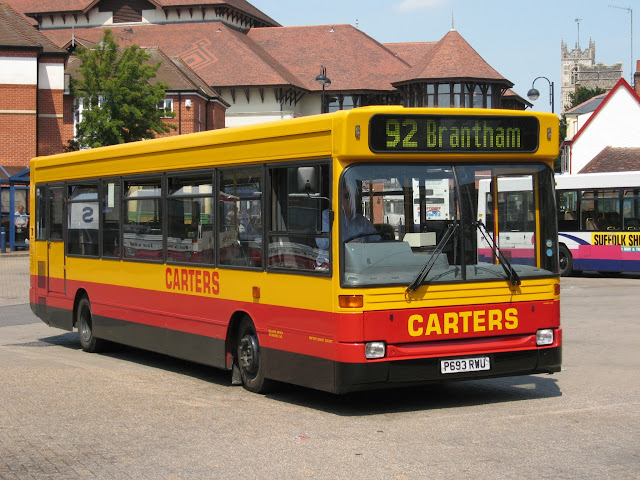 Another local operator working into Ipswich is Carters of Capel St Mary, owned by local enthusiast Viv Carter, the fleet is ever changing and still going strong today. Pictured above is Dennis Dart SLF P693RWU which was new to Armchair of Brentford. 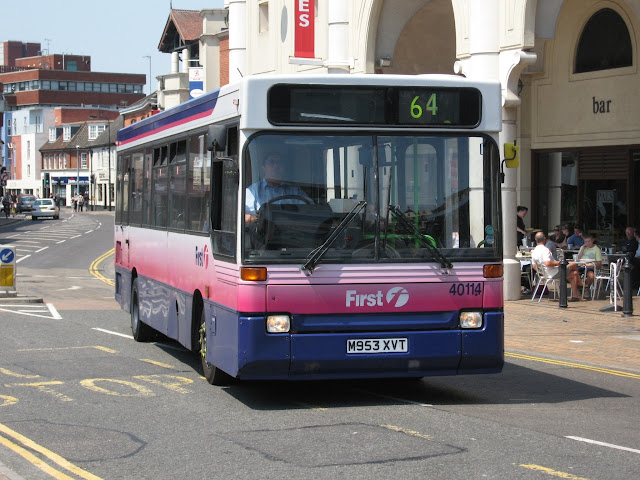 Finally its a vehicle that ended its career back here in Great Yarmouth. Former First Potteries Dart 40114 M953XVT transferred to Ipswich in 2006 before moving to Yarmouth later that year. Its pictured here working the 64 service from Aldeburgh arriving at the Old Cattle Market Bus Station.

Grahame.
Posted by Norfolkbus at 08:35