Following my taxi duties of earlier today, I had about an hour to spare while the car was having new tyres fitted. (oh the expense of it all!) 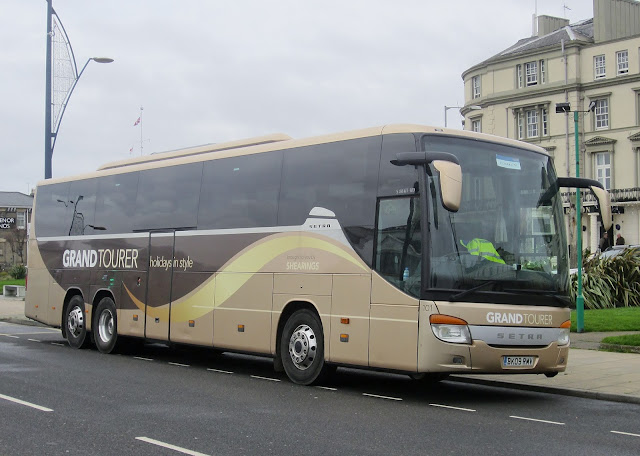 On the way, I made a detour along Marine Parade to see if any of the Shearings Group coaches were parked in the area. Sure enough two Setras from the Group were present comprising National Holidays NH13KWH and Grand Tourer liveried Shearings Holidays 101 BK09RMY 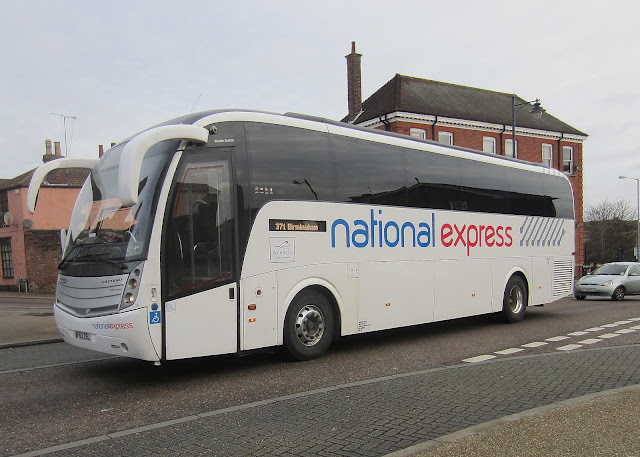 After dropping the car off, I walked to Market Gates in time to see the 9:15 National Express 371 service to Birmingham in the capable hands of Ambassador Travel's Volvo B9R/Caetano Levante 211 BF63ZSL 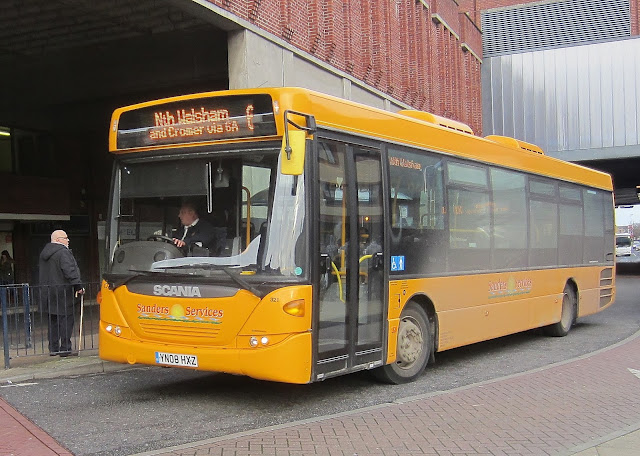 Another notable working was Sanders' Scania OmniCity 321 YN08HXZ on the 9:15 service 6 East Norfolk Sixth Form College to North Walsham. This former demonstrator was new to Beestons (Constable) of Hadleigh in April 2010. It then went to Eastons Coaches before reaching Sanders in February last year

All too soon the hour was up and it was time to part with some of my money!

Roy
Posted by eastnorfolkbus at 11:20