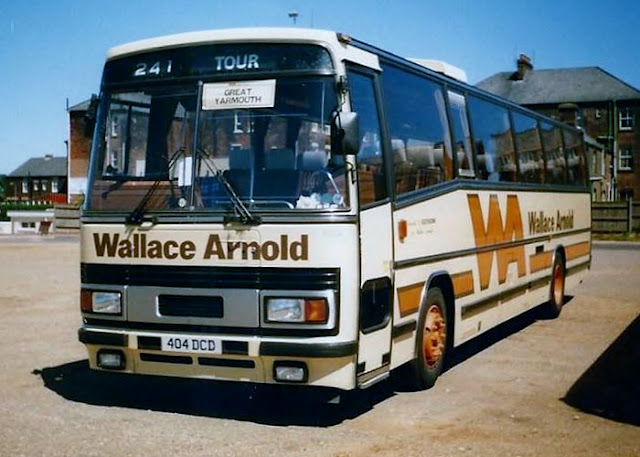 The first helping this week is of a Plaxton Paramount bodied Leyland Tiger from the Wallace Arnold fleet. The coach has Southdown registration 404DCD previously carried by a Southdown Queen Mary and more recently by a Stagecoach South Enviro400. A quick internet search didn't reveal any clue to its previous registration - so I would be interested to hear from anyone with information on its original identity

Wallace Arnold was founded in 1912 and was named after its founders Wallace Cunningham and Arnold Crowe. By 1980 it operated 290 coaches from its headquarters in Leeds and in April 2005, merged with Shearings to become WA Shearings. Two years later the Wallace Arnold name was dropped with the company becoming now known as Shearings Holidays. 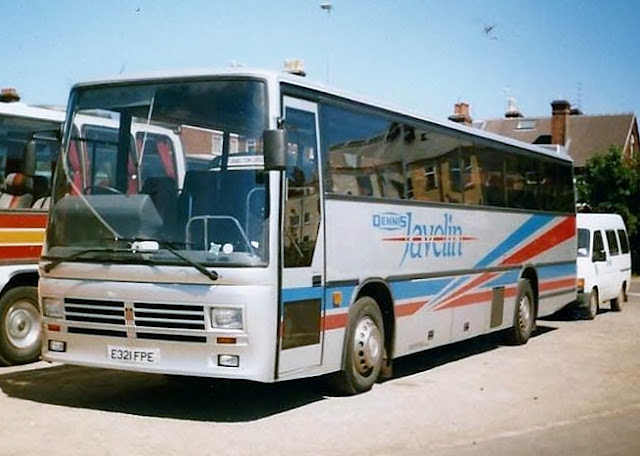 The last offering is of, believe it or not, a Duple bodied Dennis Javelin! A former demonstrator, E321FPE was new to Dennis SV of Guildford in October 1987. The vehicle is significant in being the third chassis built and the first to eleven metre length. Re-registered as RIL 9160, it was noted operating for Huggins of Wallasey in September, 2000.

It later moved on to RS Travel of Middlewitch in Cheshire and then to the GHA Group of Ruabon when they acquired that business. It was advertised for sale on eBay three years ago and was thought to have gone for scrap in September 2013

Roy
Posted by eastnorfolkbus at 10:09