During Grahame's run along North Quay in the Swift on Saturday, he saw a blue double decker for sale at a car sales site almost opposite the Aldi's store. I therefore vowed to get a photo of it earlier this morning 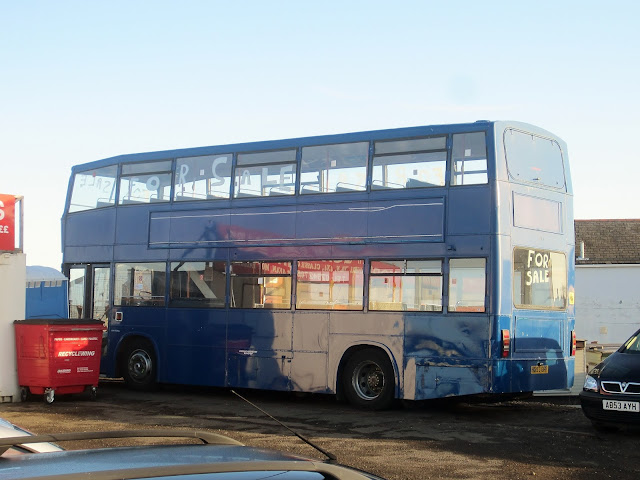 Easier said then done as it was surrounded by cars but the photo above is the best one I could manage. The bus was an East Lancs bodied Volvo Citybus which was last with Norwich School.

Registered H653GPF, it was new to London & Country in 1990 and later transferred within the Arriva group. The Norwich School subsequently acquired it from dealers Ensign in May 2009 having been sent there by Arriva Derby in November in the previous year 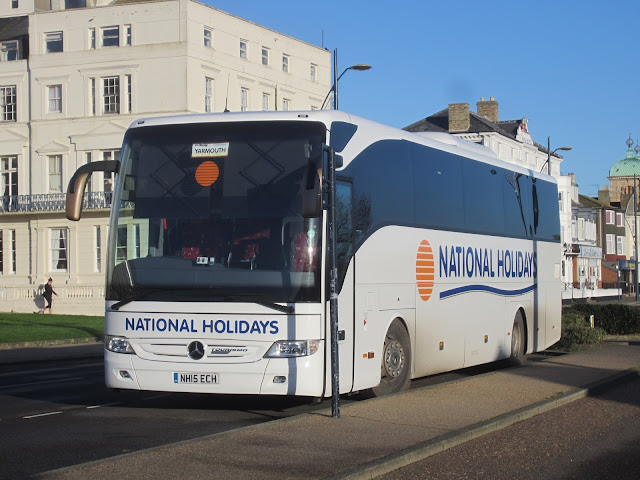 Andrew Smith contacted me earlier today to say that H653 GPF was auctioned at East Anglian Motor Auctions at Wymondham on 21st January last, along with a couple of Norse coaches. It failed to sell and was taken to Norse premises at Norwich. 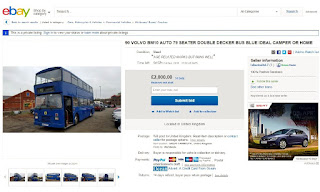 Prior to then, Norwich School had acquired two ex Norwich Park & Ride Tridents from Norse with PN03UMD and PN03ULT to replace H653 and sister H684GPF. The later to be replaced when PN03ULT is repainted during half term or at Easter

Finally H653GPF has also appeared on eBay and at present an offer of £2,000 stands with a closing date of 14th February

Many thanks to Andrew for the information

Roy
Posted by eastnorfolkbus at 21:27